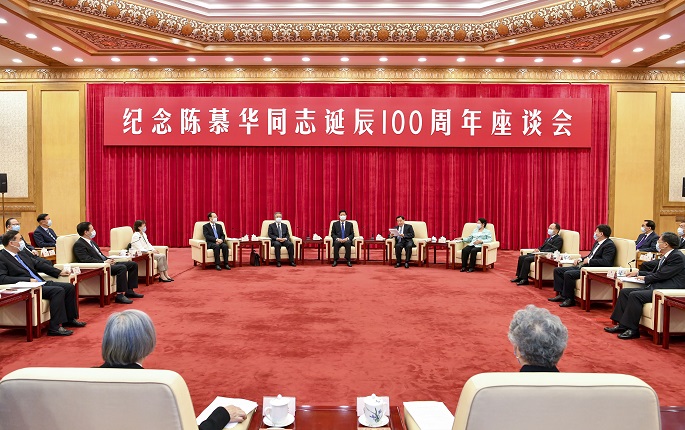 This year marks the centenary of the founding of the Communist Party of China (CPC). Over the past century, the CPC started as a small party with over 50 members and has grown into the largest ruling party in the world with over 90 million members. China, in the meantime, has developed from an impoverished country to world’s second largest economy. The development of the CPC and China is closely linked. To understand today’s China, one must have a good understanding of China's history and the CPC.

As an ancient civilization with a 5,000-year history, China has had its glory days and been through trials and tribulations. After 1840, the Chinese nation was thrown almost to the brink of extinction as a result of aggression by external powers. Political forces of different kinds searched hard for the path forward and tried almost all political models including constitutional monarchy, presidential system, parliamentarism and multi-party system. None of them achieved national independence and liberation. China remained poor, backward and ravaged by war. It is against this historical background that the CPC was born. After arduous exploration, it innovatively integrated the basic tenets of Marxism with China's actual conditions, led the people to establish a new China, and found a right path to development.

The key to judge whether a political system is good or not lies in its competence to solve the country’s historic problems and the satisfaction of the people. Since the founding of the People’s Republic of China and especially since its reform and opening-up, China has managed on its own to ensure subsistence for the people, build a moderately prosperous society in all respects and eradicate absolute poverty. From 1952 to 2018, China's GDP expanded 174 times and per capita GDP increased by 70-fold in real terms. The average life expectancy of the Chinese has surged from 35 to 77 years. China has lifted more than 850 million people out of poverty, hitting the poverty reduction target set in the 2030 Agenda for Sustainable Development ten years ahead of schedule. Now China has a middle income population of over 400 million. The Chinese people enjoy unprecedented human rights and dignity. The Harvard University conducted eight surveys in China from 2003 to 2016. Their result published last year showed that over 90% of Chinese people were satisfied with the government, a vivid example of people’s choice.

China is committed to an independent foreign policy of peace and always dedicates to promote world peace, stability and development. China has never exported its model to others, nor provoked ideology confrontation or war. China is the second largest donor to the UN peacekeeping mission and the largest troop contributor of peacekeeping operations among the permanent members of the UN Security Council. China has put off more loan repayments than other G20 members under the G20 Debt Service Suspension Initiative for Poorest Countries. Since 2008, 25 percent of the least developed countries' total exports go to China. For many years, China has contributed to more than 30 percent of global growth and more than 70 percent of global poverty reduction. During the COVID-19 pandemic, China has provided medical supplies to 150-plus countries and over 10 international organizations and has provided more than 300 million doses of vaccines to the world despite its own difficulties. China plays an important role both in fighting the pandemic and in driving the global economy to recover.

Finland was among the first western countries to establish diplomatic relations with new China, and has accompanied and witnessed its development ever since. Friendship between the two peoples also developed through the years, highlighting the celebration of the 70th anniversary of diplomatic ties last year. President Xi Jinping visited Finland on the occasion of its centenary of independence, noting that “Due to similar experiences in our modern history, the Finnish sense of national pride has strong resonance among the Chinese people.” It’s believed that China’s long-term stability and development is an opportunity rather than threat or challenge to Finland and to the whole world. China is willing to continue to develop friendly relations with other countries regardless of different systems and on the basis of mutual respect and equality. China is determined to continue its path of peaceful development, achieve its development goals with solid efforts and write its bicentenary chapter under the leadership of the CPC.