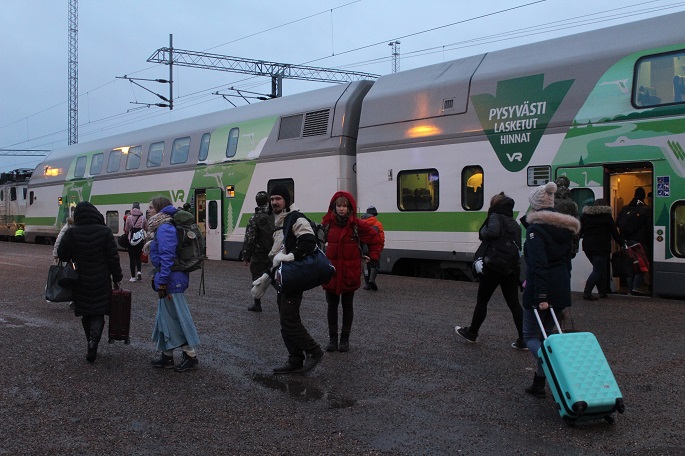 A total of 15,1 million trips in passenger traffic were travelled on Finnish railways in the third quarter of 2021, which is 2 per cent more than in the corresponding quarter of last year, according to Statistics Finland.

In January to September 2021, a total of 37,9 million trips were made in passenger traffic, which was 15 per cent fewer than one year earlier.

In January to September 2021, the number of passenger-kilometres in train traffic totalled 1,941 million kilometres, which was 13 per cent lower than one year before.