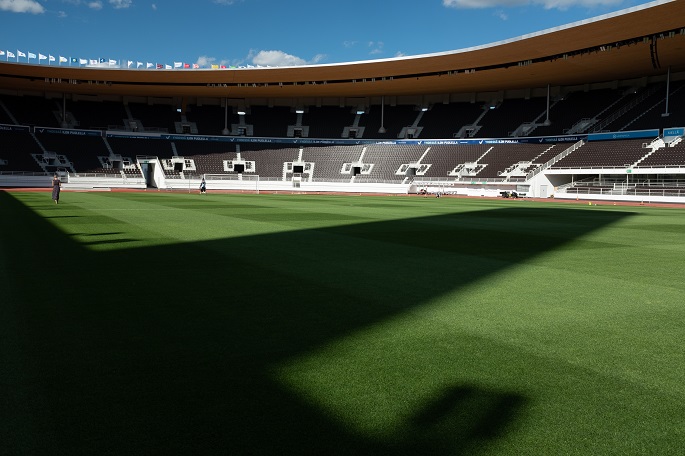 Spanish team Real Madrid and the German team Eintracht Frankfurt will face in the UEFA Super Cup match scheduled to be held at Helsinki Olympic Stadium on Wednesday.

The tickets of the match, scheduled to begin at 10:00 pm, is already sold out and tens of thousands of spectators will attend the match in the Stadium.

Helsinki police have beefed up security measures at the area.

Exceptional traffic arrangements and temporary traffic disruptions will occur in the capital on the match day, said the National Police Board in a press release on Friday.

Vehicular movement at various streets adjoining the stadium will remain closed on the day and police will divert the vehicles to different alternative ways.

In addition to traffic effects, flying of unmanned aircraft systems (drones) is restricted around the Olympic Stadium during the match.

The temporary flying restriction area covers a 500-metre radius around the stadium.

The Helsinki Police Department has been working together with the organizers of the event and other officials to ensure a successful international event.

“Since it is a large event, the police are prepared with sufficient resources. We have worked together with the organizers of the event as well as with other officials. We wish that people in Helsinki have patience with the exceptional arrangements,” said Superintendent of Helsinki Police Heikki Porola.

Meanwhile, Semi-Automated Offside Technology will premiere at the UEFA Super Cup match in Helsinki, and will be used in the upcoming UEFA Champions League season.

The UEFA Referees Committee has appointed Michael Oliver (England) to referee the match.

The 37-year-old official has been an international referee since 2012, and officiates regularly at UEFA club competition and international matches, said UEFA in a press release.

He was also selected as a referee for UEFA EURO 2020, where he took charge of three matches, including the quarter-final between Switzerland and Spain.

Michael Oliver will be assisted by countrymen Stuart Burt and Simon Bennett. Rumšas Donatas (Lithuania) will act as the fourth official. The VAR role has been assigned to Tomasz Kwiatkowski (Poland), and he will be assisted by his fellow countryman Bartosz Frankowkski, as well as Tiago Bruno Lopes Martins (Portugal).