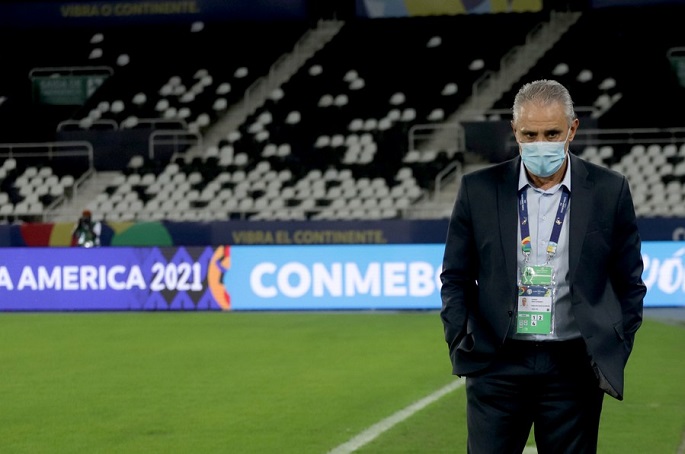 Alves, 38, last played for Brazil in September while Coutinho has not represented his country since October 2020, though he was an unused substitute against Colombia and Argentina in October.

Coutinho's inclusion comes just three days after the midfielder joined Villa on loan from Barcelona after struggling for opportunities with the Spanish giants.

"Coutinho is a playmaker and a finisher who is recapturing his best form," Tite told reporters. "He is ready to return. We envisage him getting back to his best."

Brazil will meet Ecuador in Quito on January 27 and Paraguay in Belo Horizonte five days later.

But there was no place for Paris Saint-Germain forward Neymar, who is recovering from an ankle injury, while Atletico Madrid left-back Renan Lodi was left out because he is not vaccinated.

"Renan Lodi was excluded from the possibility of being called up due to his non-vaccination," Tite said.

"I personally believe that vaccination is a social responsibility. It's both mine and the person's alongside me," he added.

Following is the Brazil squad: