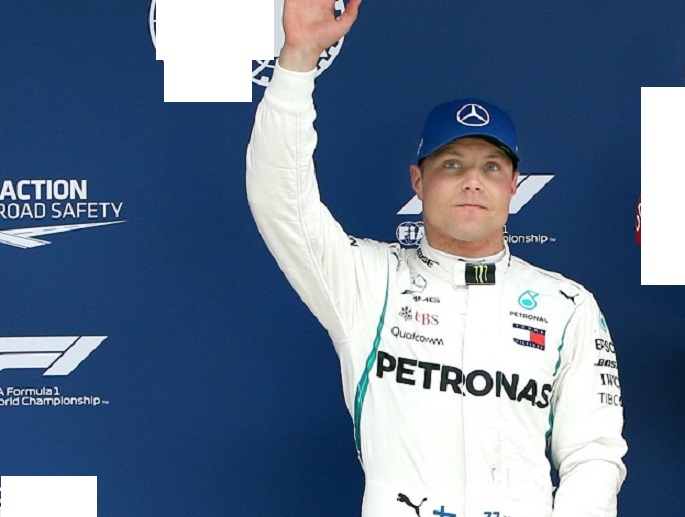 Mercedes' Finnish driver Valtteri Bottas took his first Formula One win in over a year with victory in Sunday's Turkish Grand Prix, as Red Bull's Max Verstappen retook the lead in the drivers' championship by finishing second.

Verstappen's title rival and Bottas' teammate Lewis Hamilton finished only fifth after starting 11th following a grid penalty, and then disagreeing with his team's decision to call him in for a late-race pit stop while lying third.

Starting from pole position in damp and slippery conditions that would persist all race long at Istanbul Park, Bottas led away from Verstappen and always seemed to have enough pace in hand to keep the Dutchman at bay.

"It's been a while but it feels good," said Bottas of his first win since Russia last year.

"From my side, it was one of the best races I've had, ever. Apart from one little slide I had everything under control. I'm glad everything went smooth for once for me. I definitely needed to focus all through the race. A difficult one, but feels like a well-earned victory."

Behind Bottas, Verstappen was content with second place on a day where Red Bull appeared to have no answer to Mercedes.

"It was not easy today, The track was very greasy and we had to manage the tyres all race so we couldn't really push. It seemed like Valtteri had more pace and could look after the tyres better as well, so I'm happy to finish second."

Behind Leclerc came an unhappy Hamilton, who had been lying third after climbing through the field, but dropped to fifth after his team called him in for fresh rubber, overruling Hamilton's desire to attempt the whole race on one set of tyres.

Had the Briton managed to hold onto third, he would have retained a one-point championship lead over Verstappen, and he took to the radio to vent his frustration at his team's decision to call him in.

Behind Hamilton, Pierre Gasly took a solid sixth for AlphaTauri, with Lando Norris seventh on a track that did not suit his McLaren. Leclerc's teammate Carlos Sainz salvaged a fine eighth place after starting 19th following a penalty, ahead of Lance Stroll's Aston Martin in ninth.

Esteban Ocon was the only driver not to make a pit stop all race long, and the Alpine driver rounded out the top ten.

The result sees the lead of an enthralling drivers' championship change hands for the fourth time in the last six races, with Verstappen leading the way on 262.5, just six points ahead of Hamilton with six races to go. Bottas is third on 177.

In the constructors' standings, Mercedes still lead with 433.5 points. Red Bull remain second with 397.5, and McLaren are third on 240 points.

The next round of the 2021 F1 season is the United States Grand Prix in Austin on October 26.