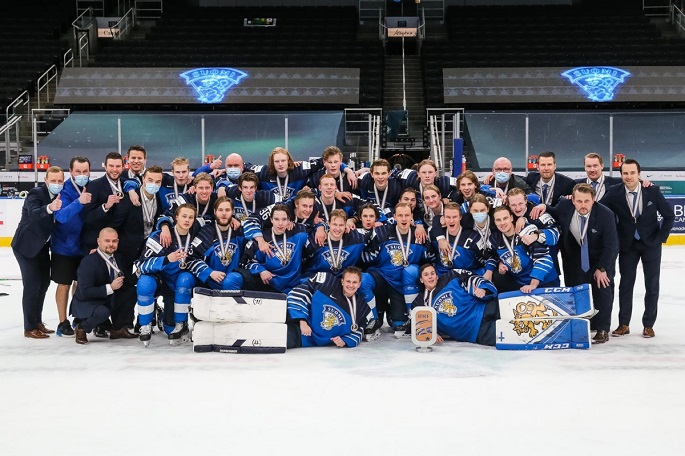 Finland won bronze medal in the Ice Hockey Junior World Championship, beating Russia by 4 goals to 1 at the Rogers Place Arena in Canada on Tuesday.

With this Finland won bronze medal for the seventh time at the world junior championship and first time since 2006.

Later, PetmanMikko took lead for the Finns after he scored at 43rd minute, while captain Anton Lundell and Juuso Parssinen made the gap wider and ensured the victory after they scored at 58th and 59th minutes of the match respectively.

“It was a unique experience for all of us,” said Finnish goalie Kari Piiroinen to iihf.com, adding, “There’s not going to be a tournament like this, I don’t think, forever. So it’s really humbling for us, and we really enjoyed it, and learned a lot.”

Pointing out the defeat to the USA in the semi-final match by a solitary goal, Finnish captain Lundell said to iihf.com, “we had a good comeback against the USA and unfortunately they were able to win that game.”

“Of course it was a big disappointment, but we all knew that we wanted to win really bad today, and I think that showed in our game,” Lundell told iihf.com