Finland to build pilot fence along Russian border in spring 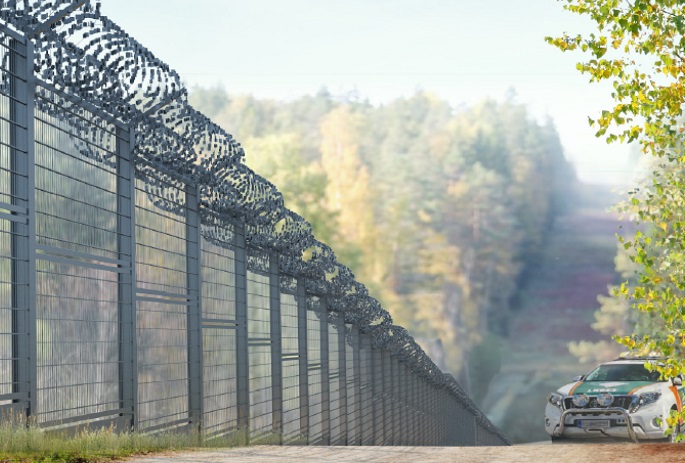 The government in its budget proposal for 2023 proposed EUR 139 million in funding for the implementation of the most important target areas of the eastern border barrier fence, said the Finnish Border Guard in a press release on Friday.

In its fourth supplementary budget proposal in 2022, the government also proposed EUR 6 million in funding for a pilot border barrier fence.

The Finnish Border Guard has launched the procurement process for the pilot as well as planning of the next phase.

The pilot fence will be built in spring 2023.

“The pilot will test the implementation of the project by building a barrier fence of approximately three kilometres on both sides of the Pelkola border crossing point in Imatra. The Border Guard will also initiate preparations of an implementation plan for the most important target areas of the barrier fence, which include border crossing points along the eastern border with their surrounding areas as well as a few other directions most under threat,” said Brigadier General Jari Tolppanen, Head of the Technical Division of the Border Guard Headquarters.

Landowners in the area have been informed of the location of the pilot fence on their property in the border zone.

The actual redemption of land use rights will be initiated separately before construction in the target area begins.

According to legislation, the owner of a land area in the border zone is obliged to permit the construction of a barrier fence at the expense of the state. Compensation for damages caused will be paid to the owner of the land at the going rate.

During the pilot phase, in addition to Pelkola, a barrier fence of approximately 200 metres will be built in the Immola garrison as part of the training environment of the Border and Coast Guard Academy. This will also be used as a test area for surveillance technology.

More detailed planning will be carried out during the pilot phase. Construction will take place in 2023-2024.

“The barrier fence is a larger whole which consists of a fence, its adjacent road as well as technical surveillance. The fence will be three metres high and any immediate penetration, crossing or underpassing of the fence will be prevented. The fence will have an exposing, hindering, guiding and blocking effect. The barrier fence alone will not be a solution to anything, but it is part of the Border Guard's overall border surveillance,” said Project Manager Ismo Kurki from the Technical Division of the Border Guard Headquarters.

Lighting and speakers will be installed in the most important target areas. A gap will be cleared next to the fence to enable technical surveillance and minimise tree damage.

The width of the gap will be about 10 metres. In addition to the border crossing points, gates have been designed for the fence in order to enable the movement of both border patrols and animals.

An environmental report will be commissioned with regard to the fence, the aim being to cause as little harm as possible to nature.

The ELY Centre will decide whether it is necessary to carry out a statutory environmental impact assessment regarding the barrier fence.

“Once completed, the barrier fence at the eastern border will provide significant added value for border surveillance and will be very important for the management of situations and operational efficiency. By exposing, blocking, slowing down and guiding people’s movement at the border, the fence will give border guard patrols more time to react and make it easier to manage disturbances. The road to be built next to the fence will enable us to influence the target area more quickly,” said Colonel Vesa Blomqvist, Commander of the Southeast Finland Border Guard District.

No public tendering will be organised for the pilot and no contract notice will be published. Procurement for the pilot.

Earlier, the proposal to build a fence along parts of Finland's border with Russia received wide support from parties in the Parliament in October.