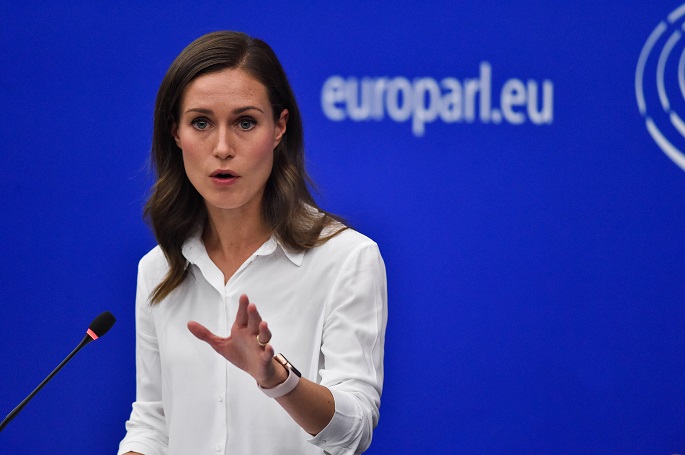 Prime Minister Sanna Marin will attend two high-level meetings hosted by the Czech Presidency of the Council of the EU in Prague on Thursday and Friday, said an official press release.

The aim of the European Political Community is to provide a policy coordination platform for countries across the European continent. Its inaugural meeting will be held at the level of heads of state or government.

The agenda for the meeting will include thematic roundtable discussions in small groups focusing on security and stability, the economy, energy and climate, in addition to the opening and closing sessions.

Along with the heads of state or government of the 27 EU Member States, the meeting will be attended by the leaders of 17 European countries outside the EU.

Items on the agenda for the informal European Council include Ukraine, the energy situation and economic issues. No decisions will be made. The EU leaders will resume their discussions on the topics at the October European Council.

In connection with the meeting, Marin will have a separate meeting with Ukrainian Prime Minister Denys Shmyhal, whom she met in May in Kyiv and Warsaw.

Finland considers the first meeting of the European Political Community important, as it will promote close cooperation between the EU and its European partners. This will help to strengthen the EU’s external role and promote its values and interests, both in neighbouring areas and at the global level. In addition to the heads of state or government of the EU Member States, leaders from 17 non-EU countries have been invited to the meeting.

In Finland’s view, it is important to ensure that the European Political Community produces concrete added value.

Cooperation must take into account the EU’s relations with each country and make full use of the existing EU instruments, such as enlargement policy. In addition to the opening and closing sessions, the programme will include thematic roundtable discussions in small groups.

Finland strongly supports Ukraine’s independence, sovereignty and territorial integrity. Finland considers it important that the EU continue its strong, effective and united response to Russia’s military attacks in Ukraine. The EU must continue to consistently ramp up sanctions against Russia as its aggression continues. At the same time, the EU must continue and increase its strong political, economic, military and humanitarian support to Ukraine.

In Finland’s view, it is important to address the problems with the functioning of the energy market quickly at the EU level.

Finland is open to different options for reducing the energy prices and mitigating uncertainty and risks in the market.

Finland stresses the importance of measures that will quickly influence the price and availability of energy.

Finland welcomes the idea of a price cap for natural gas. However, it is important to carefully assess the impacts of the Commission’s proposed price cap on the availability of and demand for gas.

In Finland’s view, it is important to ensure that crisis mitigation measures do not create uncertainty about the implementation of clean energy investments and the functioning of the energy market, and to make sure there are sufficient incentives for investments in emission-free energy. The Commission should immediately review the rules for the derivatives markets.

Finland also considers it important to discuss the economic situation, which is currently fraught with a great deal of uncertainty.