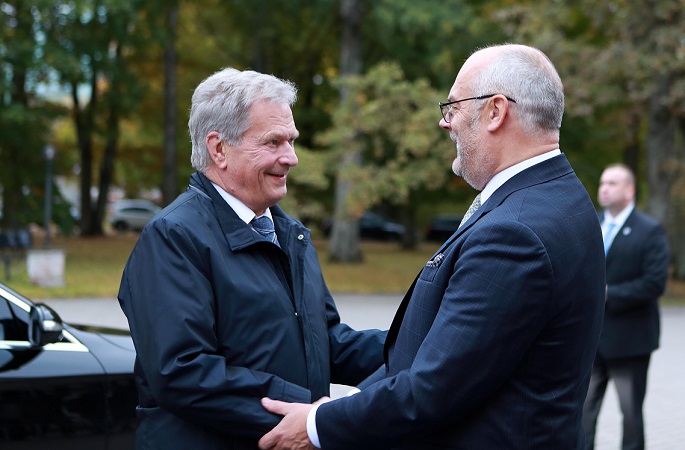 President Sauli Niinistö on Tuesday made an official visit to Estonia and held meetings with his Estonia counterpart Alar Karis and Prime Minister Kaja Kallas.

The discussed bilateral relations between the neighbouring countries, the countries’ forthcoming NATO alliance and Russia’s invasion of Ukraine.

“Started my working visit to Estonia with a good conversation with President Alar Karis. Bilateral relations, security and Russia on the agenda,” Niinistö wrote in his twitter after meeting with Karis.

“An open exchange of views on Russia's war of aggression in Ukraine and our response to it with Prime Minister kaja kallas,” the President wrote in another twitter post after the meeting with Estonian Prime Minister.

Kallas thanked the Finnish President for an open discussion on how to safeguard European security and raise support to Ukraine.

“Met with Niinistö. Thank you for an open discussion on how to safeguard European security and raise support to Ukraine. Discussed cooperation in energy security and maritime security. Look forward to taking our defense cooperation to a new level when Finland joins,” Kallas wrote in her twitter post after the meeting.