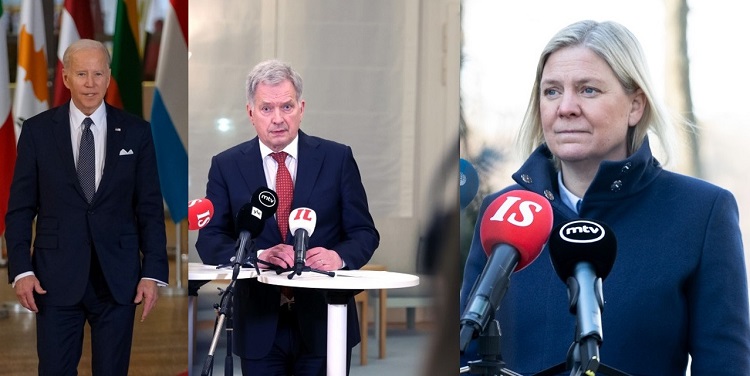 President Sauli Niinistö on Friday held a trilateral discussion over phone with his US counterpart Joseph R. Biden and Prime Minister of Sweden Magdalena Andersson and discussed various issues including the possible NATO membership application.

Niinistö went through Finland’s next steps towards NATO membership and told Biden that Finland deeply appreciates all the necessary support from the US, said the President Office in a release.

Niinistö, Biden and Andersson shared a deep concern over Russia’s war on Ukraine during the telephone conversation.

“I spoke today with PM Andersson of Sweden and President Niinistö of Finland to discuss our close defense cooperation and strengthening Transatlantic security. I expressed full support for NATO’s Open Door policy and each country’s right to choose its security arrangements,” Biden wrote in his twitter post after the discussion.

Andersson in a twitter post also wrote that she held an important call with President Biden and President Niinistö on Russian aggression against Ukraine, and on Sweden, Finland security policy.

Niinistö and Biden held a meeting at White House in early March, 2022 when they vowed to strengthen bilateral relations, including closer cooperation in security and defense issues.

Meanwhile, Niinistö is planning to make a phone call to his Russian counterpart Vladimir Putin to discuss the situation following the joint statement made by him and Prime Minister Sanna Marin on Thursday stating their positions in favour of Finland´s possible application for NATO membership.