Racism is a visible problem in Finland: experts 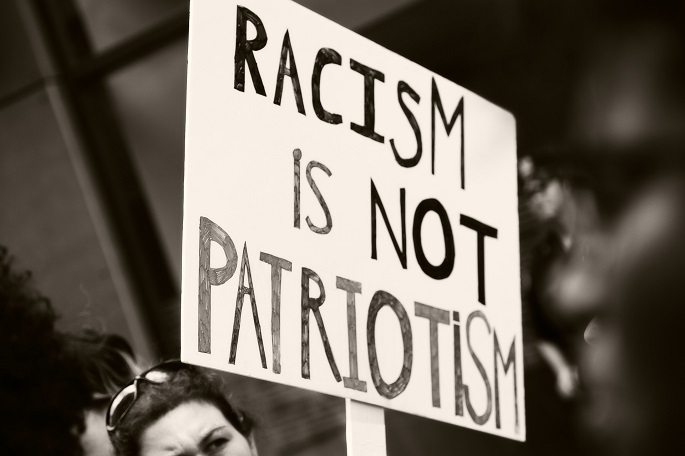 Experts termed racism as a clear problem in Finland and held the lack of acknowledgment in addition to a lack of societal and political will responsible for the situation.

They, however, hoped to overcome the situation in the future and already see some positive changes during the recent years.

“Racism is a clear problem in the Finnish society and visible at many levels,” said Suvi Keskinen, Professor of Ethnic Relations at the Centre for Research on Ethnic Relations and Nationalism at the University of Helsinki.

She termed the lack of acknowledgment as the main reason for racism and said that there was a widespread understanding that Finland had dealt well with the issue of equality.

“If we think of structural racism, we have studies that show how, for example, in the labor and housing market, people who are racialized as non-white experience discrimination,” Keskinen told the Daily Finland.

Amiirah Salleh-Hoddin, co-founder and Chair of the Anti-Racist Forum Finland, said that the situation in Finland was viewed not as bad as in other countries and questioned whether this matters.

“Racialized minority people are still discriminated,” Amiirah told the Daily Finland in an exclusive interview. She would like to see more societal and political will for change.

“Every couple of years, there are surveys and studies that show that structural and systemic racism exist. The findings are presented as news over and over again. People start talking about it but it only stays in the short-term memory,” Amiirah said.

In 2018, the EU fundamental human rights agency published a report called “Being Black in the EU” in which people from 12 countries were asked about their experiences. Finland topped the list regarding perceived racial discrimination as well as harassment speech and gestures.

“That was a huge thing when it came up. But I remember that the following week, this report stating Finland as the happiest country in the world was published and it put the discussion about racism immediately off the radar. Both of the news pieces in combination show that the dissonance is very descriptive — Okay, Finland is the happiest country, but for whom?” she said.

Discussions about systemic and structural racism are, as Amiirah said, fairly new in the country. She mentioned the recent case of racism and ableism in a school in Ilmajoki where parents of a student identified teachers who verbally abused their children.

“Afterwards, higher authorities were talking about it as an individual problem of this one part-time teacher. They did not acknowledge that the whole structure of the education system needs anti-racism efforts,” the Anti-Racist Forum leader added.

Keskinen, however, pointed out that the current government had been the first to recognize the need for an action plan to tackle racism and discrimination.

“The plan is in process and will be a landmark when it is published. However, there is a lot of work to be done. Tackling racism at all levels of society requires multilevel work and long-term activities,” the Helsinki University professor said.

Amiirah emphasized the need to stop the normalization of far-right ideologies and in contrast a wide spread of anti-racist education across different sectors.

She emphasized the need for racial equality data not just in Finland but also across Europe, in general.

“We don’t have the numbers to understand how big the issue of structural and systemic racism is.”

“In the last five years, especially anti-racist activities organized by the people who have experienced racism have been increasing and they have brought to the public sphere issues of the normative whiteness of the Finnish society,” Keskinen added.

Keskinen expressed her cautious optimism for the future, saying, “There has been some changes in the past years. This trend, I hope, will continue. While there is a lot of work to do, the public discussion on racism has strengthened and the Black Lives Matter demonstrations have created a moment to acknowledge the problems.”

“I have been in Finland for eight years and I have seen some positive changes. More activists are pushing the anti-racist agenda in different sectors. And  there is also a wider European movement taking place. For me, the most important is to make the changes sustainable. We will see how that develops,” Amiirah said, hoping for a better future.