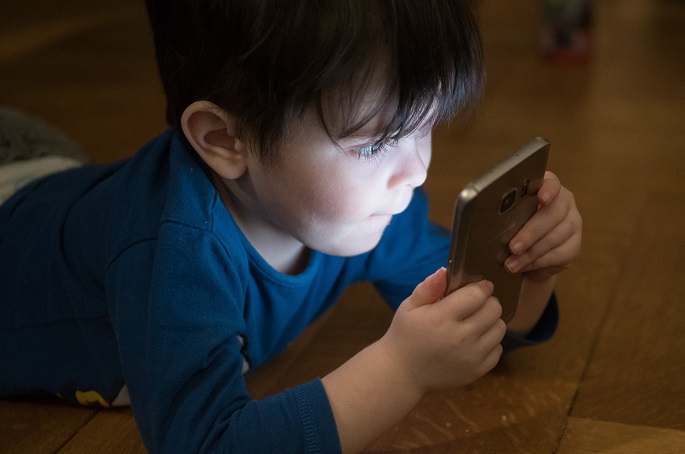 Screen time spent alone may hinder children’s language development, according to a recent study of the University of Helsinki.

The study showed that the more time preschool-aged children spend alone in front of screens, the poorer their lexical skills and general language level, said the university in a press release on Wednesday referring to the study.

“We also found that the more screen time mothers had, the narrower the vocabulary used by the children and the poorer their language ability on a general level. A negative association with vocabulary and general language ability was stronger if both the child and mother spent a lot of time independently using devices,” said speech and language therapist and Doctoral Researcher Riikka Mustonen from the Department of Psychology and Logopedics at the University of Helsinki.

The researchers examined the correlation between screen time spent alone or together with the parent, and different domains of language in children between 2.5 and 4 years of age.

Finnish-speaking children who did not have any neurological diagnoses were enrolled for the study. In addition, the researchers investigated the connections between mothers’ screen time and the language development of children. In the study, screen time denoted any time spent in front of televisions, game consoles, computers, smart phones and tablets.

“We were interested in how much the screen time of children or mothers explains the variation in children’s language skills when the child’s age, the mother’s educational level, and the birth order of the children in the family are taken into consideration,” Mustonen said.

The amount of children’s and mothers’ screen time was determined with a questionnaire. Children’s lexical skills, skills related to language structure, speech comprehension and the general language level were investigated through various tests.

A total of 164 children and their mothers participated in the study. On average, the children spent 79 minutes per day on their devices, of which 44 minutes were spent alone and the rest with the parent. The average screen time for mothers was 5.5 hours per day, including time spent at work.

At first, it appeared that screen time spent together can have a positive effect on the child’s vocabulary and general language ability. However, taking the background variables of the subjects into account, the connection was no longer significant.

“These shared moments may become less frequent if the child or parent spends a lot of time in front of a screen. In other words, the screen time spent alone by preschool-aged children should be restricted. Parents should also consider their habits in terms of whether screen time disturbs interaction with their children,” Mustonen said.

Mustonen pointed out that screen time is only one factor among many that can affect children’s language development.

“More research-based knowledge is needed on the effects of screen time. It should be kept in mind that language development is also affected by many other environmental factors, as well as genes in smaller children in particular.”

According to Mustonen, the results of the study can be utilised in the work of speech and language therapists and, for example, nurses at maternity and child health clinics.

When the language development of children does not progress as usual, research-based knowledge helps to support families in the best possible way.