Heatwaves can cause serious health problems in short time 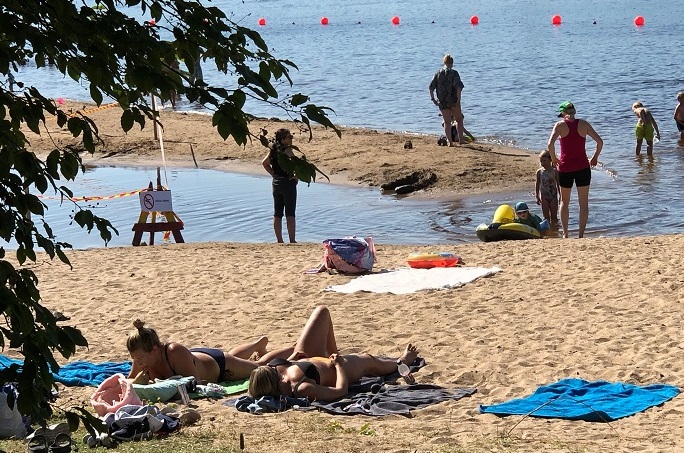 In Finland, more effective measures should be adopted to prevent the adverse effects of heatwaves on health and to improve heatwave preparedness.

In a report recently published by the Finnish Institute for Health and Welfare (THL), an overview is provided on the effects of heat and the current level of mitigation measures, and recommendations are made for improving the preparedness, said the THL in a press release on Wednesday.

According to the report, national coordination of regional and local preparedness is rather limited and fragmented. Another key problem is that there are no pre-planned regulatory actions linked to the heatwave warnings issued by the Finnish Meteorological Institute.

A heatwave may cause hundreds of deaths in Finland

In an earlier study published by the THL, heatwaves that last four days or longer lead to an average increase of 10 per cent in the population mortality. The need for inpatient care in hospitals also increases.

A single, prolonged heatwave lasting for several weeks may cause hundreds of deaths in Finland. People over the age of 65 and those with long-term illnesses are at particular risk of serious health problems.

To prevent the harmful effects of heatwaves, both pre-planned and rapid actions during heatwaves and longer-term measures are required to reduce the vulnerability of the population and society to the risks related to hot weather.

“Heatwaves like the ones witnessed in the summer of 2021 are becoming more common as the climate changes. At the same time, the population is aging, so the heat-related health effects will also increase unless we prepare sufficiently for these changes,” said Virpi Kollanus, a researcher at THL.

To prevent serious health effects, preparedness in social and health services should be improved. Most of the deaths caused by heatwaves occur in hospitals and health centre wards, where many inpatients are particularly vulnerable to the adverse effects of heat.

“It is important to increase air conditioning in social and healthcare facilities. During heatwaves, every facility should be able to provide at least some cool areas for the patients and residents and cool down spaces for critical operations,” said Kollanus.

Those in at-risk groups who live at home also need be protected against the dangers of hot weather by, for example, offering more home care services during heatwaves. Patients with long-term illnesses should be instructed well in advance on how hot weather may affect their condition or the medication they are prescribed.

In addition to social and healthcare providers, local authorities, nurseries and schools as well as employers and employees in the workplace all need guidance on how to prepare for heatwaves.

Preventing the health effects of heat is difficult if the indoor temperature in buildings increases significantly. The problems of overheating should be better addressed in the legislation and guidance on construction and housing health and safety.

The overheating of urban areas and buildings can also be reduced through urban planning: effective solutions include landscaping, increase of urban green spaces and water bodies, use of solar-reflective surface materials and structures and design that provide shade and support ventilation in the urban environment.

"Measures related to land use and construction to improve heat preparedness are particularly important in terms of adapting to climate change, as urban and building planning decisions will affect the vulnerability of our society well into the future," said Kollanus.