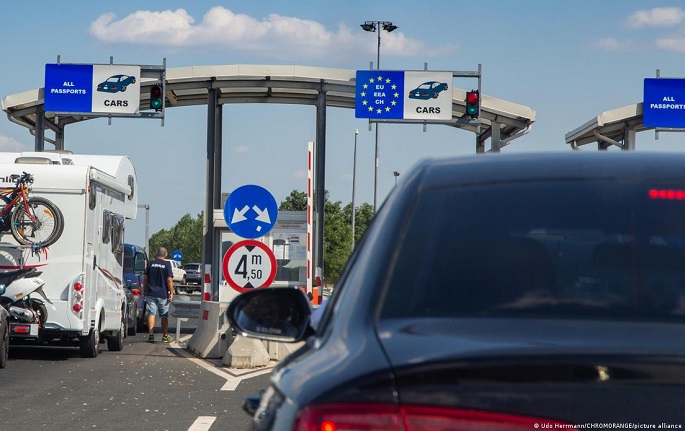 Croatia will join the Schengen Area at the start of 2023, the European Union confirmed on Thursday, following a vote on whether to admit more countries, reported DW, quoting news agencies AP and AFP.

"The Schengen Area is growing for the first time in more than a decade," the Czech Republic, which holds the EU's rotating presidency, said on Twitter. "Ministers approved Croatia's membership as of 1 January 2023!"

Ministers from the 27 EU member states have been voting on expanding the Schengen visa-free zone to include members Bulgaria, Romania and Croatia.

However, the chances for Romania and Bulgaria to join the zone, which includes most EU states as well as Switzerland, Liechtenstein, Norway, and Iceland, were dashed following opposition from Austria.

German Foreign Minister Annalena Baerbock is keen for Romania and Bulgaria to join but that sentiment is not shared in Vienna.

"Not only Croatia, but especially Romania and also Bulgaria have done a lot so that they can join the Schengen area," Baerbock said. "The EU Commission confirmed this once again just a few weeks ago."

"Especially in these times, it is important that Europe moves closer together. I appeal in particular to Austria to reconsider its 'no' to Romania and Bulgaria."

But that appeal appears to have fallen on deaf ears in Vienna.

"I will vote today against the Schengen enlargement to Romania and Bulgaria," Austria's Interior Minister Gerhard Karner said on Thursday ahead of the vote. "I think it is wrong that a system that does not work in many places should be enlarged."

A decision on expanding the Schengen Area requires unanimous approval.

"When it comes to the accession of Romania and Bulgaria we are not united and that makes us very weak and that makes me also sad," Home Affairs Commissioner Ylva Johansson told reporters after the decision to reject the bids from Bulgaria and Romania was announced.

"You deserve to be full members of Schengen, you deserve to have access to the free movement in the Schengen area," Johansson said, adding that the two nations had the support of almost all the ministers present.

"To citizens of Bulgaria and Romania I say this: you deserve to be fully part of Schengen," she said as part of an official statement that she posted on Twitter. "I will support every step to achieve this in my mandate."

Romania and Bulgaria joined the EU bloc in 2007 and have been trying to enter the Schengen zone for years.

Concerns over organized crime, unauthorized migration and security have held up their bids. Last month, the European Commission ruled that all three Schengen candidates now meet the necessary criteria for joining, with the European Parliament also voting to give its support.

Why do some EU members oppose expanding Schengen?

Unauthorized migration has been cited as the main sticking point for Austria which has previously reported the arrival of more than 100,000 unauthorized migrants this year.

Vienna has little trust in Romanian and Bulgarian border controls and thinks that removing checks on people coming from those countries will open the country up to more unauthorized immigration.

Romanian Prime Minister Nicolae Ciuca said on Wednesday that he had been holding top-level meetings with Austrian leaders to try to ease their concerns.

"Illegal migration is politically very sensitive in many member states, but blocking Romania's accession to Schengen will not bring the answers Austria wants," Ciuca said.

The Netherlands, Hungary and possibly Sweden — thanks to the influence of the far-right Swedish Democrats — had also hinted that they may be ready to delay the inclusion of one or more of the candidate countries into Schengen.