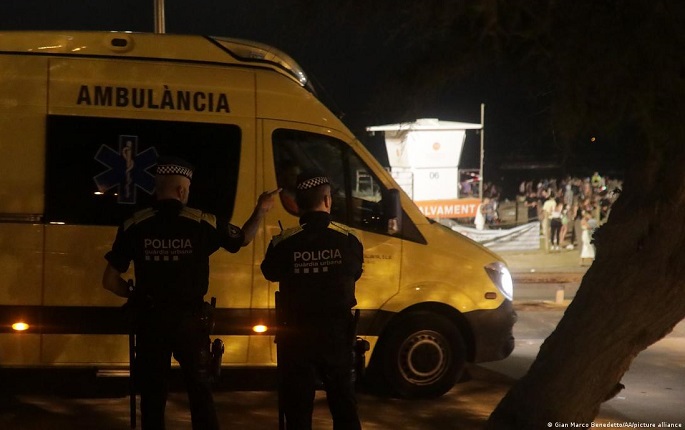 Spanish police were searching for 14 passengers who fled after their plane made an emergency landing at a Barcelona airport on Wednesday, reported DW, quoting news agencies AFP and AP and Reuters.

They were part of a group of 28 people who jumped out of the plane as soon as the doors opened.

Their Pegasus Airlines flight from Morocco to Turkey was forced to land in Spain after a woman apparently faked going into labor.

It follows a similar incident just over a year ago in Mallorca.

Escape on the runway

During Wednesday's incident, the plane was met by an ambulance and three police patrols but "as they were disembarking the pregnant woman, a group of 28 people left the plane and tried to flee," a source told the AFP news agency.

Half of them managed to get away. Five people were put back on the plane to continue the flight and the authorities were processing the other would-be migrants to ensure their return to Morocco.

The pregnant woman was not about to give birth and was detained on charges of public disorder and was among the group due for deportation.

In November last year, a group of passengers on the same route from Casablanca to Istanbul fled after their plane made an emergency landing in Mallorca after a man had an apparent diabetic attack.

The passenger was taken to hospital but found to be fine and arrested. Twelve other passengers escaped.