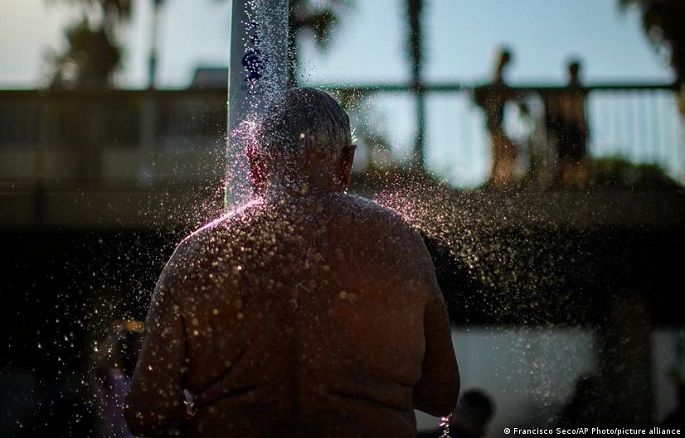 "This year, we have already witnessed more than 1,700 needless deaths in the present heat wave in Spain and Portugal alone," WHO Regional Director for Europe Hans Kluge said in a statement.

The WHO believes the figure would "increase further over the coming days."

In Spain, the heat wave is predicted to end on Monday but temperatures remain above 40 degrees Celsius (104 degrees Fahrenheit) in large parts of the country.

In Portugal, temperatures reached 45 degrees Celsius on July 13 in the city of Leiria.

The WHO said wildfires in the two countries and parts of Europe only worsened matters.

"Climate change is not new. Its consequences, however, are mounting season after season, year after year, with disastrous outcomes," Kluge said.

Spanish media reported that Spain has had the worst year for forest fires since records began.

In the first seven months of this year, flames destroyed more than 197,000 hectares of forest.

This is already more than in the entire previous record year, 2012, when forest fires destroyed 189,376 hectares in Spain.

Meanwhile, in Italy, the fire brigade said it had been called out much more often for forest and bush fires so far this summer than last year.

Between June 15 and July 21, more than 32,900 operations were counted nationwide, about 4,000 more than in the same period last year, the fire brigade said.