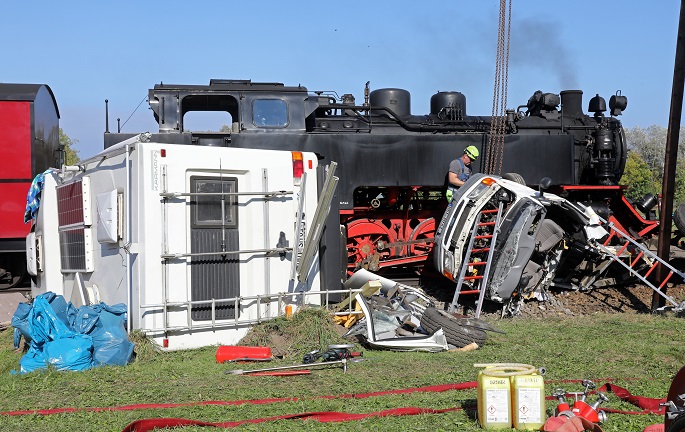 After the collision of the Molli miniature railway with a mobile home, the recovery work for the vehicles takes place. Photo: Bernd Wüstneck/Zentralbild/dpa.

Two people are seriously injured after a historic locomotive mainly used mainly by tourists collided with a camper van in northern Germany, a local official told dpa on Sunday.

The accident occurred when the locomotive, dubbed "Molli," slammed into a camper van at a train crossing near Wittenstock and dragged it about 50 metres along the track.

None of the passengers of the locomotive was injured, but the two passengers in the camper van were left in serious condition, the official said.

The clean-up and a police investigation are ongoing, the spokesman said.

The Molli is a narrow-gauge steam-powered railway in the state of Mecklenburg-Vorpommern. It operates between Bad Doberan, Heiligendamm and Kuehlungsborn West over a total distance of 15.4 kilometres with a running time of 40 minutes.