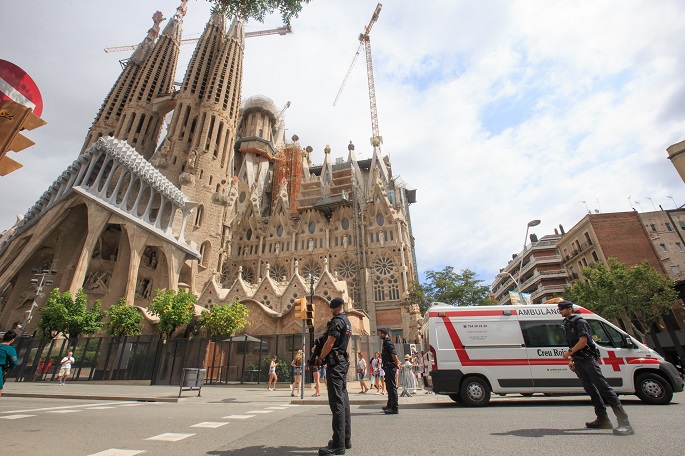 Catalan police on Monday confirmed that Younes Abouyaaqoub, the man confirmed as the author of Thursday's terror attack which killed 14 people in Barcelona, has been "shot down".

"We confirm that the man shot down in #Surirats is Younes Abouyaaqoub, author of the terrorist attack in #Barcelona," Catalan police tweeted.

Abouyaaqoub, 22, was shot at around 17:00 hours in the town of Subirats, around 50 kilometers to the southwest of Barcelona.

Abouyaaqoub was wearing a fake explosive belt, according to Spain's anti-terrorist sources.

The police operation began at 16:00 local time after Catalan police had "received information of a suspicious person in Subirats".

According to local media, a woman in Subirats recognized Abouyaaqoub and called the police, who had previously warned he was dangerous and probably armed.

Earlier in the day, Catalan interior minister Joaquin Forn confirmed on Catalan local radio that Abouyaaqoub was the "the driver of the van" which ploughed into crowds of people on Las Ramblas in Barcelona, killing 13 and injuring over 120 others.

Images taken from CCTV showed Abouyaaqoub wearing a polo shirt and sunglasses and walking through the La Boqueria Market, close to where the van ended up following Thursday's attacks, moments after the incident.

He then traveled to a university area on the other side of Barcelona where 90 minutes later he stabbed 35 year-old Pau Perez to death and stole his Ford Focus car, which he then used to evade a police checkpoint and was able to complete his escape.

It had been thought the 22-year old could have left Spain, but finally he was discovered and shot not far from where he committed his crime.

Abouyaaqoub's death means all members of the 12-man terrorist cell responsible for the Barcelona and Cambrils terror attacks are now either dead or under arrest.

Two died on Wednesday night in an explosion in the house in Alcanar, where they were preparing a major attack using two vans and over 50 butane gas cylinders.

Meanwhile, five terrorists were shot by police as they carried out the attack in Cambrils in the early hours of Friday morning. The other four were arrested and are in police custody.