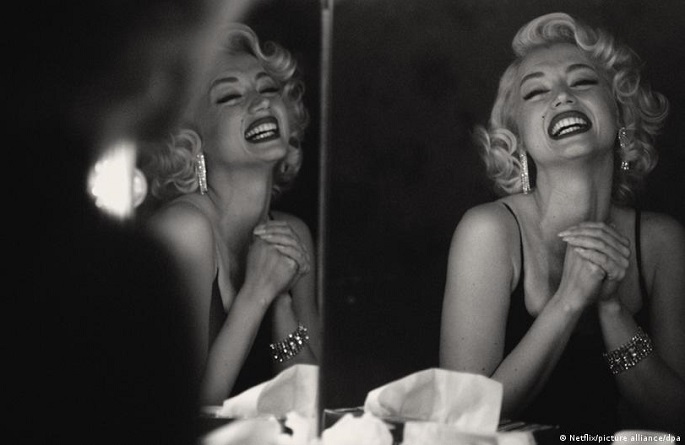 A new fictional biopic to be screened at the upcoming Venice Film Festival will shed light on the life of the Hollywood legend who died 60 years ago today.

These adjectives weren't common parlance in 1950s Hollywood, when actor Marilyn Monroe was alive. Yet, more often labeled "blonde bombshell" or "sex symbol" rather than "forward thinker" or even "feminist," she had bucked some of the social mores of the mid-20th century, which still strikes a chord today — 60 years after she succumbed to a barbiturate overdose on August 5, 1962.

A Netflix production about her life is set to premiere at the Venice Film Festival (August 31-September 10). "Blonde" is scheduled to celebrate its streaming launch from September 28 onwards.

Sporting Monroe's signature platinum blonde hair, Cuban-born Ana de Armas is the latest actor to embody the screen star. You can't however miss de Armas' accent in the Netflix trailer that is now online, and which has drawn criticism even before the film is screened.

In a statement, however, the Marilyn Monroe estate has defended the casting of de Armas as the Hollywood legend, pointing out that "any actor that steps into that role knows they have big shoes to fill. Based on the trailer alone, it looks like Ana was a great casting choice as she captures Marilyn’s glamour, humanity and vulnerability. We can’t wait to see the film in its entirety!"

Not a biopic but fiction

The "Blonde" trailer shows famous movie scenes and includes the iconic moment when the star stood over a subway ventilation shaft that whipped up her white dress. Her wardrobe was also faithfully recreated in the film. In the US, "Blonde" is rated NC-17 because it contains "some sexual content" deemed inappropriate for young viewers.

The fictional biopic is based on a novel by Joyce Carol Oates, and portrays the gap between the private Norma Jeane Mortenson (Monroe's birth name), and the figure she created, namely Marilyn. The film was written and directed by Andrew Dominik ("Killing Them Softly") that also features Adrian Brody playing Marilyn Monroe's third husband, playwright Arthur Miller.

Beyond the two-dimensional character

As her mother was struggling with mental health issues and her father's identity was unknown, the girl born Norma Jeane Mortenson grew up in foster homes, where she was sexually abused. Monroe's troubled private life has been thoroughly dissected over the decades: objectification, failed marriages, miscarriages and abortions, drug abuse, and rumored liaisons with film studio bigwigs, as well as the Kennedy brothers.

Professionally, her come-hither looks, breathy voice — a strategy suggested by a speech therapist to overcome a stutter — and sexuality determined the roles she landed, and reduced her to a two-dimensional character that pandered primarily to male fantasies.

Today though, she is viewed through a different lens: Women in the 1950s simply didn't have enough clout to dictate their terms.

But Monroe was eventually embraced as an icon by the unlikeliest of groups: the feminists. Originally held up as an example of why feminism was necessary to counter the sexual exploitation and objectification of women, she has since been recognized for holding her own and being ahead of her time.

Way before Facebook COO Sheryl Sandberg rallied women to "lean in" and claim their rightful space at the workplace, Monroe had already warmed her seat.

Signed to Twentieth Century-Fox, she had grown weary of "dumb blonde" roles, and wanted to have more say in the scripts and roles handed to her. "An actress isn't a machine," she once told Life magazine writer Richard Meryman, "but they treat you like one."

She set up Marilyn Monroe Productions in 1955 — becoming the second woman in the US, after Mary Pickford, to start her production company. Pickford, dubbed "America's sweetheart," was a legendary silent film actor who founded United Artists and helped establish the Academy.

Following much legal wrangling, Monroe and Fox struck a deal that saw her successfully negotiating for back pay, a higher salary, and a say in scripts, directors, and cinematographers — a rare victory for a female actor then. Her company produced The Prince and the Showgirl.

She called out #MeToo encounters

In "Wolves I Have Known," an article she authored for the January 1953 issue of Motion Picture and Television Magazine, she denounced the sexual harassment that ran rampant in Hollywood then.

Describing the men in the industry, the then-27-year-old Monroe wrote: "There are many types of wolves. Some are sinister, others are just good-time Charlies trying to get something for nothing and others make a game of it."

Joan Collins, famous for playing Alexis Carrington Colby in the hit 1980s soap Dynasty, shared on British television in 2017 how Monroe had once warned her as a fledgling actress in America about the job's hazards: "She said, 'Watch out for the wolves in Hollywood, honey. ... If they don't get what they want, they'll drop your contract.'"

She was body positive

Monroe was full-figured. Fashion magazines today would call her "curvy," as if that itself is an exception to what is the norm. Although the jury is still out about her actual dress size — given fashion's sizing fluidity over the decades — there is no doubt that in an age before airbrushing, what we saw of her was what she really was.

Her unabashed flaunting of her curves and her overt sexuality was once seen as the antithesis of feminism, but these days she is hailed by some as an icon of body positivity and self-love.

She owned her truth

Before being discovered as an actor and a model, she was in dire financial straits in the 1940s.

In 1952, when she began making waves, nude photos emerged from a calendar shoot she had done, for which she had reportedly been paid $50. Her bosses at Twentieth Century-Fox told her to deny everything, but Monroe chose instead to own her truth.

Speaking to United Press International reporter Aline Mosby, she said she had been broke and needed the money. "Why deny it?" she said. "You can get one any place. Besides, I'm not ashamed of it. I've done nothing wrong." It proved to be a public relations coup for the actor, and endeared her even more to her fans.

Her keen mind and her informed views on politics and social justice were also often relegated to the back seat. Perhaps one of her oft-mentioned acts of "woke-ness" was when she used her celebrity to enable jazz star Ella Fitzgerald to perform at a club that originally declined to engage her. The Mocambo club management apparently wasn't keen on hiring a true jazz singer, and thought Fitzgerald was not "glamorous enough" for the west Hollywood hot spot. Monroe urged club owner Charlie Morrison to book Fitzgerald, and in return promised to personally attend every show and sit in the front row.

As the First Lady of Song recalled in a biography: "The owner said yes, and Marilyn was there, front table, every night. The press went overboard. After that, I never had to play a small jazz club again. She was an unusual woman — a little ahead of her times. And she didn't know it."

In the #MeToo and #BlackLivesMatter era, it is of course fitting to emphasize how Monroe fought for self-determination and supported civil rights.

As Lois Banner, a professor of history and gender studies at USC and Monroe biographer, has written, Monroe continues to fascinate as an "eternal shape-shifter," whose "multiple transformations allow each generation, even each individual, to create a Marilyn to their own specifications."

And, here again, the cultural icon's ability to reflect the times contributes to her enduring legend, even six decades after her passing. 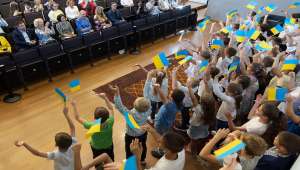 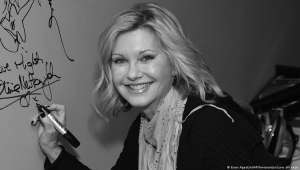 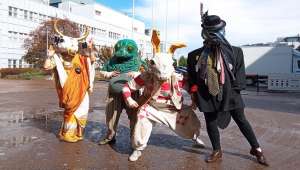 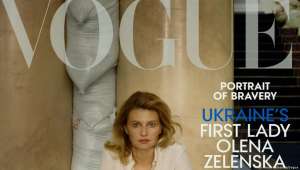 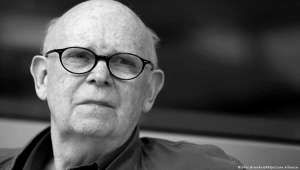 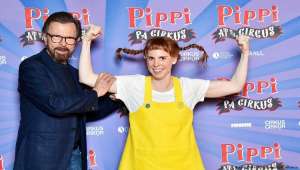