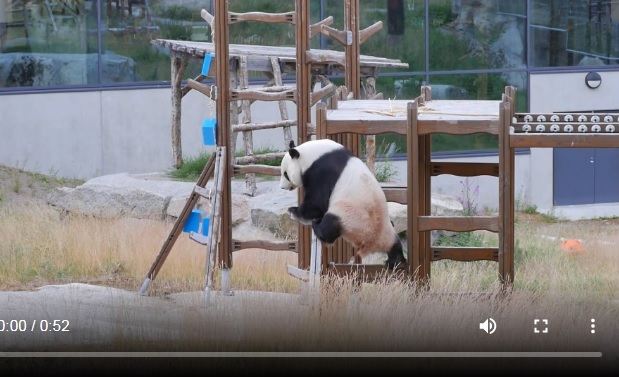 A birthday party was held for a giant panda, Pyry, in the Ähtäri zoo on Saturday, reported Xinhua.

It's Pyry's eighth birthday. He traveled to Finland with his "girlfriend" Lumi in 2018.

Pyry and Lumi are the first giant pandas traveling to Nordic countries.

Originally called Hua Bao and Jin Baobao, the pair were later given their Finnish nicknames, "Pyry" and "Lumi," which mean "snowfall" and "snow" respectively.

They planned to stay at their Finnish home for 15 years.

It is anticipated that the pair, both young and robust, will give birth to babies at the Finnish zoo.