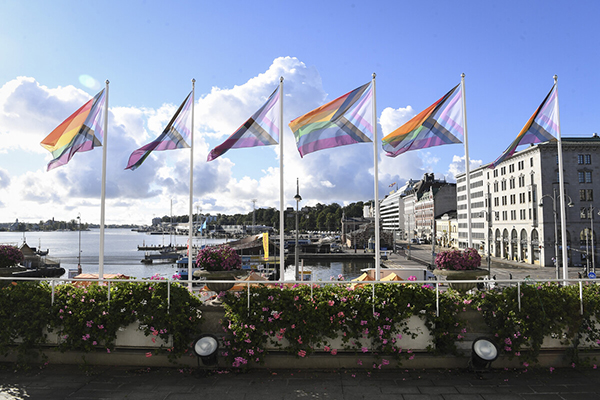 Helsinki Pride Week, Finland's largest human rights and cultural event has begun on Monday, said the City of Helsinki in a press release.

Progressive Pride flags were fluttered on the flagpoles of City Hall. The purpose of the flag is to highlight LHBTIQ people and minorities within minorities.

The city will also fly traditional Pride flags at its other offices, such as the Swimming Stadium, Pirkkola Sports Park and Vanhankaupunginkoski fishing information.

Helsinki has decided to join the Rainbow Cities network. The international network of cities addresses themes related to sexual and gender minorities and promotes LHBTIQ rights at the local level. The City Board in early June decided to join the network.

Equality and non-discrimination is being celebrated all over the city online.

Various discussions and encounters will be held at City Hall’s Pride House.

Also on display will be Aleksandra Lemke's photo exhibition Meistä- About Us, which features rainbow people belonging to indigenous peoples and ethnic or religious minorities living in Finland.