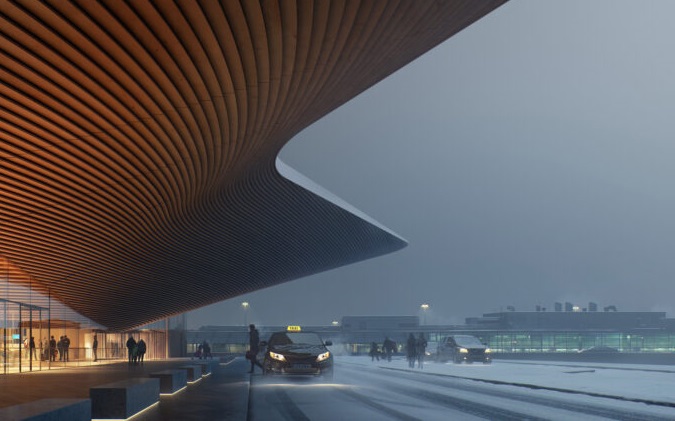 An illustration of the entrance to Terminal 2 at Helsinki Airport. Press Release Photo by Arkkitehtitoimisto ALA Oy.

Finnish airports operator Finavia and The Nordic Investment Bank (NIB) have signed a 15-year loan agreement of EUR 25 million to finance the fourth and final phase of the strategic investment programme, which includes the extension of the Terminal 2 at Helsinki Airport, said Finavia in a press release on Monday.

Helsinki Airport has been undergoing extensive work since 2014 to expand and upgrade the site. The total investment volume amounts to about EUR 1 billion, and NIB has already contributed a loan of EUR 150 million in 2015.

“The development of the Helsinki Airport is a long-term investment that aims to future-proof the operations of this significant Nordic air traffic hub. It is also remarkable that all Finavia’s airports, including the Helsinki Airport, are considered carbon-neutral and the company is now working towards net zero emissions”, said André Küüsvek, President and CEO of NIB.