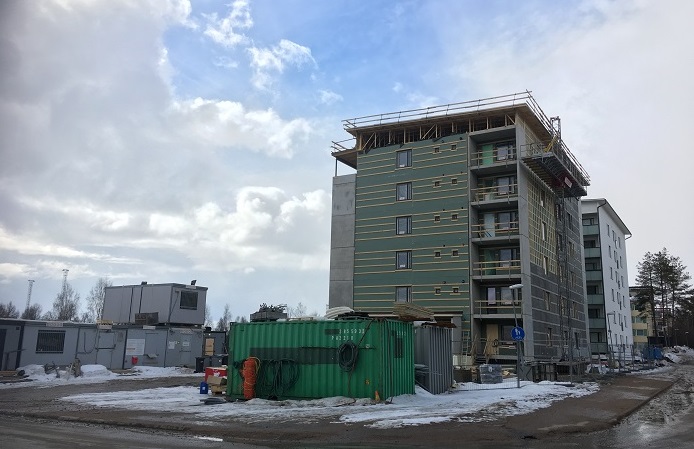 Low interest rates and consumer confidence in the economy further strengthen the positive economic trend in construction, said the RAKSU group in the report released on Wednesday.

In addition, the level of activity among professional property investors continues to be high.

New construction is growing at an unprecedented rate, and this trend is expected to continue next year.

According to the estimate, there is a risk of overheating in the housing markets and the group recommended  that the historically high state subsidies for housing production should now be adjusted to better match the current economic situation.

The sharp rise in demand has driven construction costs and prices up, and created a shortage of several products. It has become increasingly difficult to receive bids from contractors. Construction labour costs have increased, and the shortage of skilled labour has become the sector’s biggest problem.

The total construction output in 2021 will remain at the 2020 level, or show a maximum increase of two to three per cent. Construction activity will peak in the second half of 2021 and the first half of 2022.

While housing construction will slow down from the current levels in 2022, commercial construction is expected to accelerate, with the most significant growth expected in 2022.

According to the RAKSU construction trends group’s forecast, construction output will grow by 2–4 per cent in 2022.

The number of people employed in the construction sector is estimated to increase slightly in the second half of this year, with more significant growth expected next year.

Although there was an increase in building renovation last year despite the coronavirus pandemic, it was clearly smaller than in previous years.

According to the RAKSU construction trends group’s forecast, renovation will pick up pace in the next few years.