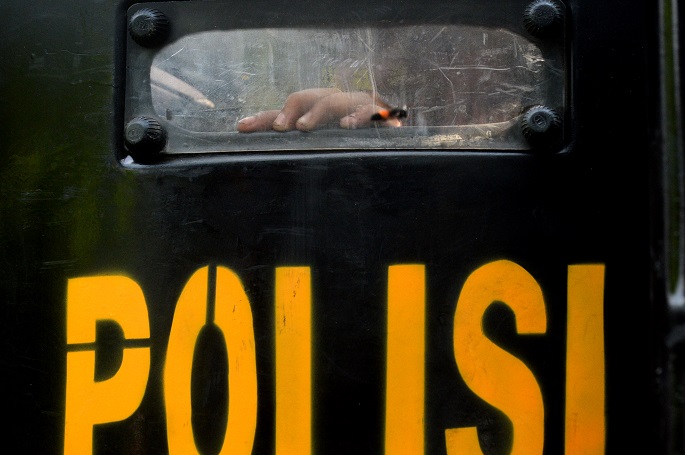 One policeman was shot dead and three others wounded in a clash with a rebel group in Indonesia's eastern Papua province on Wednesday, police said.

The clash erupted when the personnel of mobile brigade police was securing a helicopter which was just about to land in Mugi for unloading logistics, the police chief said.

The rebels who are called "criminal armed group" by police abruptly opened fire at the police personnel, triggering the exchange of fires, he said.

"One police personnel died and three others suffered from wounds," he was quoted by local media as saying.

Earlier this month, three Indonesian soldiers and 10 rebels were killed when 70 rebels ambushed 25 soldiers in Nduga district, in the wake of a massacre of 17 construction workers by the armed criminal group in December last year.

The military has recently deployed a total of 600 soldiers, consisting of 150 combat engineers, to complete the construction, according to the military.

Indonesian President Joko Widodo pledged to continue the construction of infrastructure projects in Papua province after the massacre.