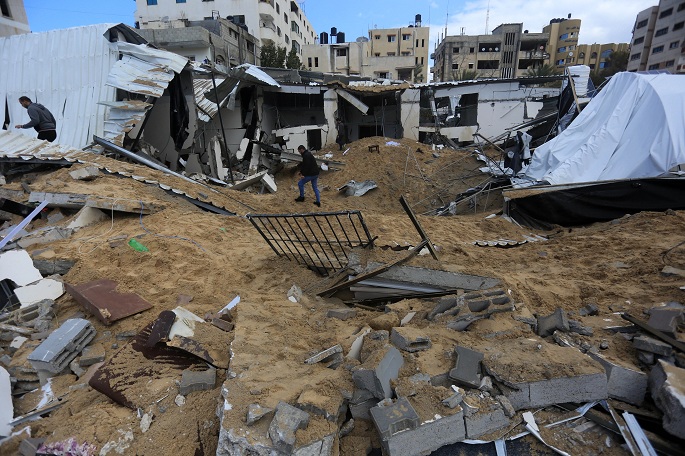 The Israeli fighter jets, attack helicopters and other aircraft struck approximately 100 military targets belonging to the Hamas in the Gaza Strip, in response to the rockets that were launched towards Israeli territory earlier Thursday evening by Hamas, said the Israel Defense Forces (IDF) in a statement issued on Friday morning.

According to the Israeli army, two rockets were launched from the Gaza Strip towards Israeli territory. No interceptions were made by aerial defense systems and no damage or injuries were reported.

According to the IDF statement, Hamas' headquarters located in central Gaza Strip which was responsible for guiding "terror activities" in the West Bank was struck. Other targets included the main underground manufacturing site of standard-grade rockets in the Gaza Strip, a military training site that served as the Hamas center of unmanned aerial aircrafts array in southern Gaza Strip, and a number of other military sites as well.

After the rocket fire at Tel Aviv, the Israeli army said it was conducted by Hamas. But Hamas denied any involvement with the escalation, as did Islamic Jihad.

The Israeli army said the Hamas is responsible for all events transpiring in the Gaza Strip and emanating from it. "The IDF views any attempt to harm Israeli civilians with great severity, and will continue to operate with determination against these acts of terror," added the army.

This is the first time that rockets from Gaza Strip were fired toward Tel Avi, Israeli financial center of Israel, since a major conflict in 2014. It signals a possible dramatic escalation of violence in the Strip before the Israeli elections.

Following the announcement of the Israeli strikes on Gaza Strip, Israel also said Friday morning that four rockets were identified from the Gaza Strip towards south Israel and three were intercepted by the IDF Iron Dome Aerial Defense System. 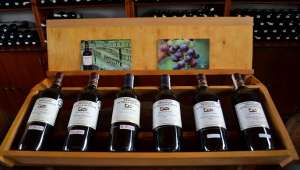