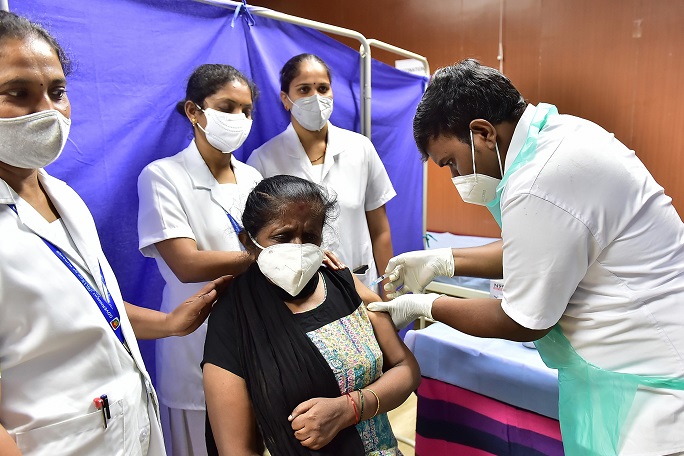 A woman receives the COVID-19 vaccine at a hospital in Bangalore, India, April 1, 2021. File Photo: Xinhua.

Asia-Pacific countries are facing growing cases of the COVID-19 pandemic Thursday as India reported 126,789 new infections, the highest of this year, taking the total to 12,928,574, reported Xinhua.

Besides, 685 deaths were reported due to the pandemic since Wednesday morning, taking the total death toll to 166,862, said the ministry's data.

The Philippines' Department of Health (DOH) reported 9,216 new infections, raising the total number of confirmed cases in the Southeast Asian country to 828,366.

The death toll climbed to 14,119 after 60 more patients died from the viral disease, the DOH said.

According to the ministry, 7,640 more patients were discharged from hospitals, bringing the total number of recoveries from the coronavirus epidemic to 1,399,382.

Thailand reported 405 new cases, the highest single-day increase in two months and taking the country's total caseload to 30,310, after new clusters involving entertainment venues led to an increase in infections in the capital Bangkok.

Of the new cases, 391 were domestic infections while 14 others were imported cases, the Center for the COVID-19 Situation Administration spokesman Taweesin Visanuyothin told a press conference.

As of Thursday, Thailand's total caseload has risen to 30,310, with 27,133 of which being domestic infections while 3,177 others being imported cases.

Of the new cases, 239 were Seoul residents and 223 were people residing in Gyeonggi province.

Twenty-six cases were imported from overseas, lifting the combined figure to 7,762.

Two more deaths were confirmed, leaving the death toll at 1,758.

Cambodia confirmed 113 new local cases, bringing the total number of infections in the kingdom to 3,028, said a Ministry of Health (MoH) statement.

Of the new cases, 103 were found in capital Phnom Penh, the statement said.

The MoH also logged two new deaths from the virus at a COVID-19-designated hospital in Phnom Penh on Wednesday. The deceased patients included a 68-year-old man and a 49-year-old man.

The Southeast Asian nation has been enduring the third community COVID-19 outbreak since Feb. 20, with at least 2,496 people infected and 24 dead so far, the MoH said, adding that there are 1,085 active cases in the kingdom. 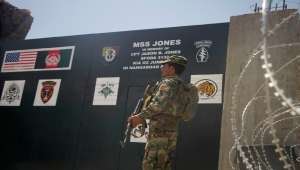