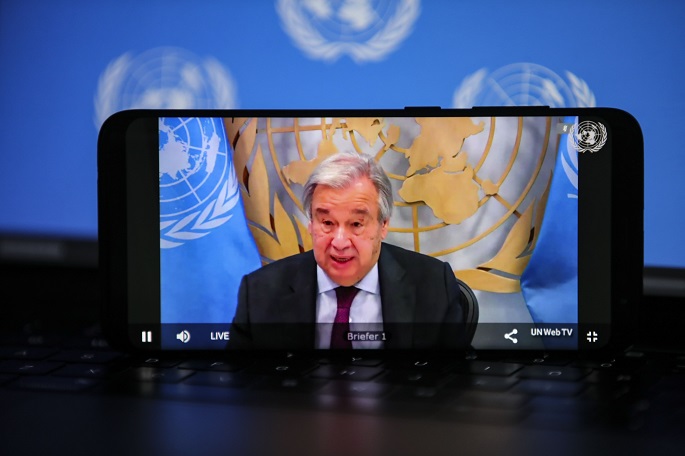 United Nations Secretary-General Antonio Guterres said on Tuesday that more must be done to thwart neo-Nazis and white supremacists who are using the COVID-19 pandemic to target minorities, increase their ranks and re-write history, reported Xinhua.

The UN chief made the impassioned appeal in a video message for the International Day of Commemoration in Memory of the Victims of the Holocaust, observed annually on Jan. 27, which honors the 6 million Jews and millions of others murdered by the Nazis during the Second World War.

As this year's anniversary is taking place under the shadow of the pandemic, Guterres noted that the crisis has exposed longstanding injustices and contributed to a renewed rise in antisemitism and xenophobia.

"Today, white supremacists and neo-Nazis are resurgent, organizing and recruiting across borders, intensifying their efforts to deny, distort and rewrite history including the Holocaust," said the secretary-general.

"The COVID-19 pandemic has given them new opportunities to target minorities, based on religion, race, ethnicity, nationality, sexual orientation, disability and immigration status. We must make urgent joint efforts to stop them."

As countries focus on recovery after the pandemic, the top UN official called for action to address the fragilities and gaps it has revealed.

"This year must be a year of healing. Healing from the pandemic, and healing our broken societies in which hatred has all too easily taken root," the UN chief said.

"As we remember those who died in the Holocaust and honor the survivors, our best tribute is the creation of a world of equality, justice and dignity for all."