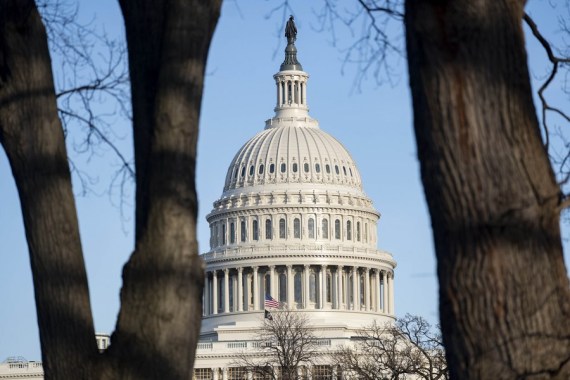 U.S. House Democrats on Monday formally introduced the article of impeachment against President Donald Trump, taking the first step to impeach the president the second time during his presidency, reported Xinhua.

The single article of impeachment, contained in a resolution introduced while the House gaveled into a pro-forma session, charged the president with "incitement of insurrection," pointing to his repeated false claims that the 2020 presidential election was stolen from him.

Those claims and a speech Trump delivered to supporters in Washington on Jan. 6 incited a group of rioters to breach the Capitol as Congress convened a joint session to certify President-elect Joe Biden's victory in the election, the resolution said.

"In all this, President Trump gravely endangered the security of the United States and its institutions of Government," the resolution said. "He threatened the integrity of the democratic system, interfered with the peaceful transition of power, and imperiled a coequal branch of Government. He thereby betrayed his trust as President, to the manifest injury of the people of the United States."

Citing the 14th Amendment of the U.S. Constitution, the resolution noted that the law "prohibits any person who has 'engaged in insurrection or rebellion against' the United States" from holding office.

Resolved to impeach Trump for the second time after they did so in December 2019, House Democrats are expected to expedite the impeachment process by holding a floor vote on the resolution on Wednesday the earliest.

Before unveiling the impeachment resolution, House Democrats sought to pass a separate, nonbinding resolution through unanimous consent asking Vice President Mike Pence to invoke the 25th Amendment of the Constitution with a majority of Trump administration Cabinet members to remove the president from office.

That effort was shot down by Republicans in the chamber. As a result, Democrats is holding a floor vote on Tuesday on the resolution requesting the direct removal of the president absent the impeachment and the subsequent Senate trial.

Pence, who initially inclined not to invoke the 25th Amendment but who per a more recent CNN report hasn't ruled out that possibility, was given 24 hours to respond to the resolution. Should he decide not to move accordingly, the impeachment will proceed, warned the Democrats.