Maradona is no more 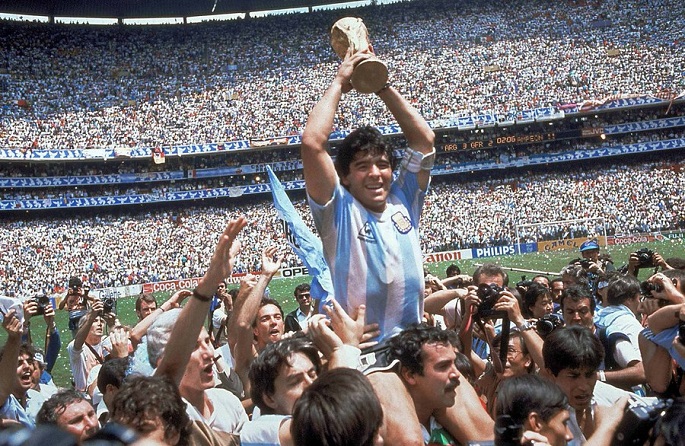 Diego Maradona holds up the trophy after Argentina beat West Germany 3-2 in their World Cup soccer final match, at the Atzeca Stadium, in Mexico City on June 29, 1986. File photo: Xinhua.

"Diego died," Sebastian Sanchi told Efe. Earlier, at around 1 pm local time, some local media outlets reported that Maradona had suffered a heart attack and that at least four ambulances were parked outside the residence.

Maradona, who along with Brazilian great Pele was co-recipient of the FIFA Player of the 20th Century award, was hospitalized for 10 days earlier this month at a Buenos Aires clinic for anemia, dehydration and depression.

After he underwent a battery of tests, he was diagnosed with subdural hematoma (bleeding between the skull and brain) that required surgery.

Following a successful operation, Maradona was released but later suffered "some episodes of confusion," his personal physician, Dr. Leopoldo Luque, said on Nov. 6.

"He made a commentary or a response to something that he hadn't been asked; it's a cognitive disturbance that shouldn't have been happening," Luque told a radio station a few days later.

Besides the bleeding in the skull, doctors also determined through the series of tests that Maradona was suffering from alcohol withdrawal.

"But he's not a big drinker," Luque told Radio la Red on Nov. 10, explaining that Maradona experienced a negative reaction from alcohol because of interaction with the prescription medications he takes for various conditions, including a sleep disorder. 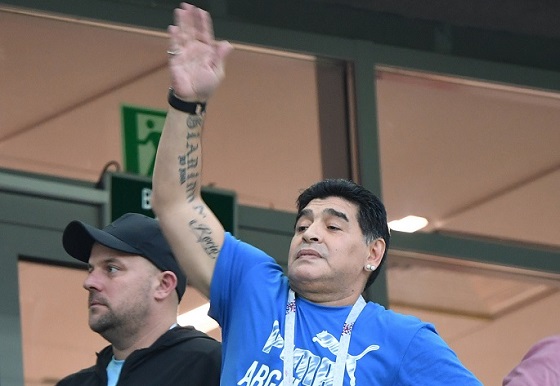 Maradona had a series of health crises over the past two decades, some of them related to his use of cocaine.

Luque told the radio station that although Maradona had been drug-free for years addiction is a problem that requires ongoing treatment.

Maradona, who was head coach of Argentine first division club Gimnasia de La Plata at the time of his death, coached his country's national team from 2008 until 2010.

But he will be best remembered for his exploits as a player and particularly his performance at the 1986 World Cup in Mexico, where he led Argentina to the title and won the Golden Ball as the tournament's best player.

The attacking midfielder also enjoyed outstanding success at the club level, particularly between 1982 and 1991 as a player for FC Barcelona and Italian side Napoli.