14, including 5 militants killed in Afghanistan 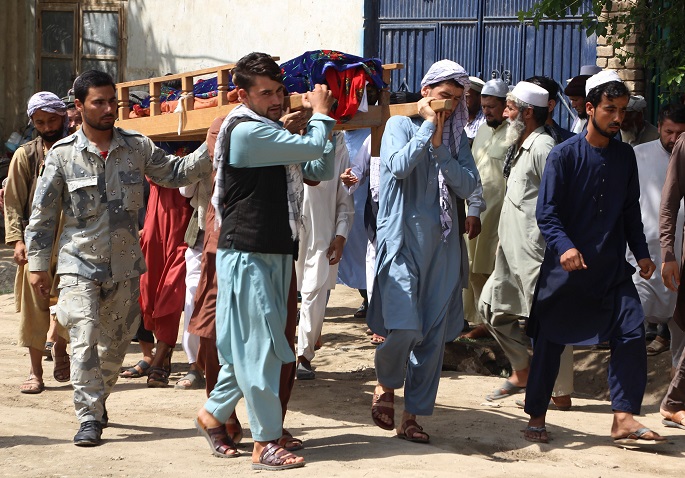 The clash broke out after the Taliban insurgents attacked security checkpoints in a local bazaar to gain ground but police returned fire, triggering gun battle which lasted for couple of hours and leaving 14 deaths including five insurgents and nine security personnel on the spot.