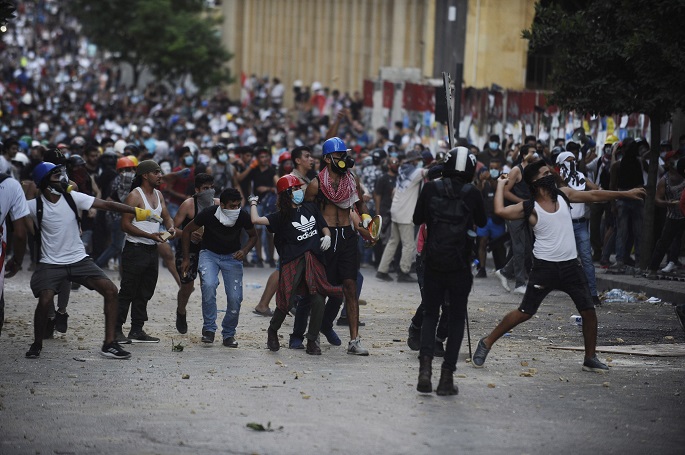 Lebanon's Prime Minister Hassan Diab on Monday announced the resignation of his government, after deadly explosions in capital Beirut that have triggered anti-government protests.

Diab said the government has decided to resign to stand by Lebanese who are demanding for a real change.

Beirut was rocked last week by two huge explosions that have claimed at least 158 lives and injured 6,000 others. Thousands took to streets in downtown Beirut to demand the overhaul of the political system.

The Lebanese people accused ruling political class of negligence and recklessness by storing a big volume of ammonium nitrate at Port of Beirut which may have caused the huge explosions.

Diab said he refuses to be held accountable for the corrupt practices adopted by previous governments.

"Weeks after the formation of our government, some political parties tried to hold us accountable for corruption, public debt, and economic collapse," Diab said, adding that every minister in this cabinet has exerted great efforts in contributing to the roadmap to save the country.

"We are keen about this country, its future and the future of our children. we do not have personal interests. We want the good for this country, but we refuse to be dragged to useless arguments. Unfortunately, we could not stop some political parties from inciting people against us," he said.

The prime minister accused political parties of being too corrupted to be able to make changes and reforms in the country.

Lebanese people vowed to stay in the streets until the parliament resigns and early parliamentary elections are held.

Diab was appointed in December 2019 after nationwide protests led to the resignation of former Prime Minister Saad Hariri's government.

During Diab's term, the country witnessed shortage in U.S. dollar, weakening of the Lebanese pound, soaring inflation rate and the outbreak of COVID-19.