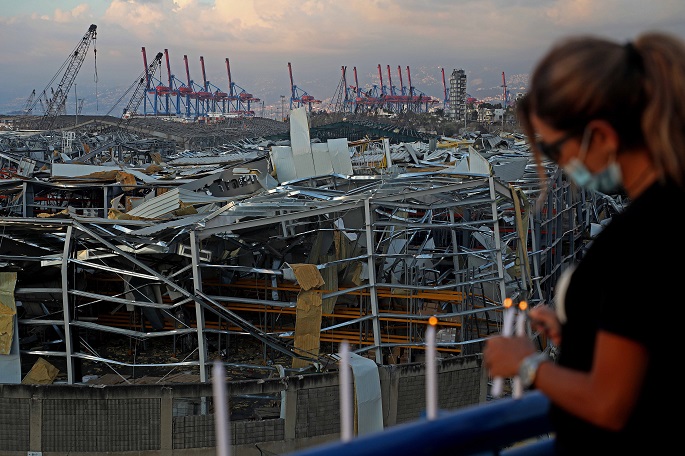 A woman lights a candle to mourn for the victims of Beirut explosions in Beirut, Lebanon, on Aug. 9, 2020. Photo Xinhua.

A number of MPs also submitted their resignations a day earlier due to the explosions that hit Lebanon and destroyed a big part of the city.