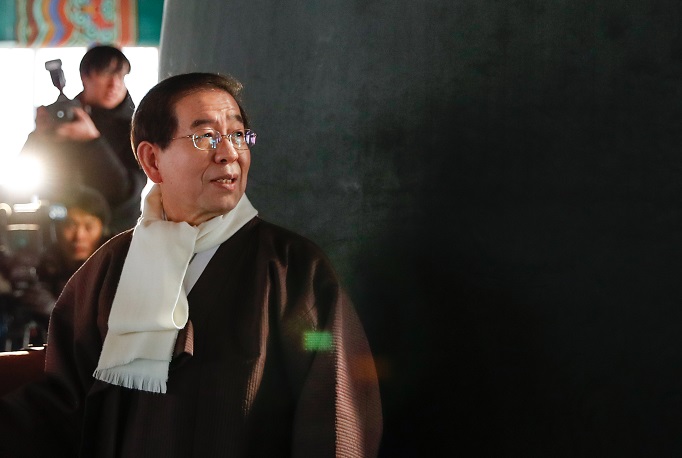 Park was found dead in Bugaksan mountain in northern Seoul.

Park's daughter filed the missing report to police at 5:17 p.m. local time Thursday, saying he "left home four to five hours ago after leaving words like a will and his phone is currently turned off."

About 250 policemen and rescuers had searched the mountain, mobilizing drones and police dogs.

The mayor left his residence in central Seoul at about 10:44 a.m. local time Thursday, wearing black clothes and carrying a black backpack.

His mobile phone signal was last detected near a temple in northern Seoul.