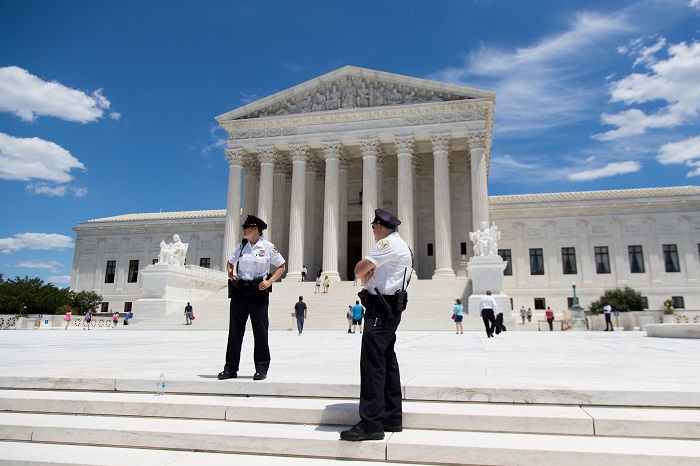 The U.S. Supreme Court ruled on Monday that Louisiana's tough restrictions that could have left the southern U.S. state with a single abortion clinic violate the Constitution, a surprising win for abortion rights advocates since the court has become more conservative with President Donald Trump's two appointments.

The vote was 5 to 4, with Chief Justice John Roberts voting with the court's four liberal justices, reported Xinhua.

The Louisiana law, enacted in 2014, requires any doctor performing abortions to have admitting privileges at a hospital within 30 miles.

Two Louisiana doctors and a medical clinic sued to get the law overturned, arguing that it would leave only one doctor at a single clinic to provide services for nearly 10,000 women who seek abortions in the state each year, local media reported.

The challengers also said the requirement was identical to a Texas law the Supreme Court struck down in 2016.

Roberts said he thought the court was wrong to strike down the Texas law in 2016 but he voted with the liberal wing this time because that was binding precedent.

"The Louisiana law imposes a burden on access to abortion just as severe as that imposed by the Texas law, for the same reasons. Therefore Louisiana's law cannot stand under our precedents," Roberts wrote.

The case was the court's first on abortion since Trump's appointments of two justices shifted the court to the right.