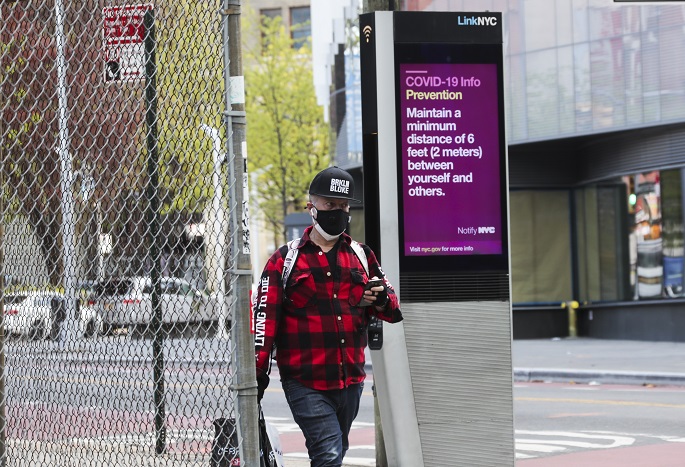 A man walks past an electronic screen showing COVID-19 prevention guidance in Brooklyn of New York, the United States, on May 11, 2020. File Photo Xinhua.

A total of 1,588,322 cases have been reported in the country, according to the CSSE.

All 50 U.S. states have started the process of reopening as President Donald Trump has pushed for, while public health experts have warned that premature moves would lead to more deaths.

Trump said on Thursday that the United States would not close if a second wave of COVID-19 comes.

"People say that's a very distinct possibility ... We're not going to close the country. We're going to put out the fires," Trump told reporters during a Ford manufacturing plant tour in the state of Michigan.