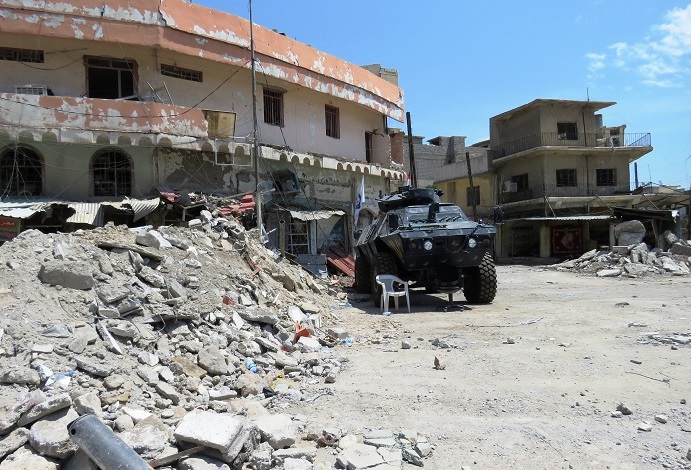 An armored vehicle is seen in south of the Old City in western Mosul, Iraq, on May 7, 2017. A group of Iraqi Federal Police members fought with the Islamic State fighters in western Mosul. File Photo Xinhua.

Indonesia on Tuesday said a higher number of the country's citizens are taking parts in the IS activities in Syria and Iraq after an observation with the local intelligence.

Indonesian Minister for Law and Human Rights Yasonna Laoly said that a total of 1,276 Indonesian nationals have joined IS terrorist group abroad, higher than the previous data of 689 people.

For adult militants, the minister said that the government is mulling to revoke their Indonesian citizenship.

Currently, the government along with the foreign intelligence is observing and monitoring the activities of the militants, he said.

"We will conduct an assessment again. We will see what kind of their activities there, how their conditions are," he told a session with lawmakers.

The government has decided to reject the repatriation of the Indonesian IS combatants who have been classified as foreign terrorist fighters and pledged allegiance to the IS group, according to the government.

However, the children aged under 10 years old without parents will be returned to their home country, it said.