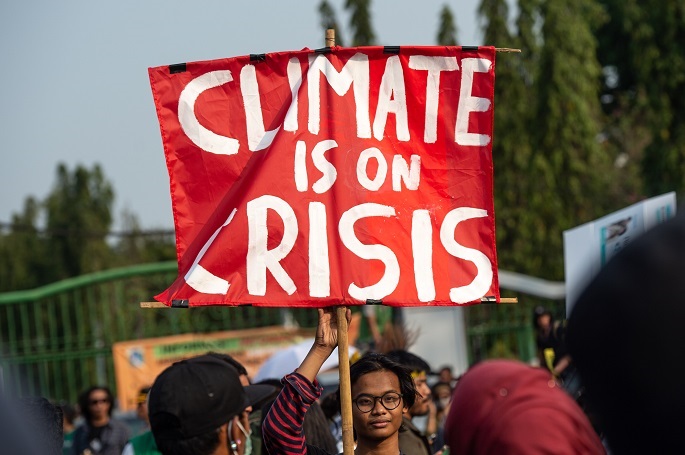 Indonesians participate in a rally to call for actions against climate change in Jakarta, Indonesia, Sept. 20, 2019. (Xinhua/Veri Sanovri)

The United Nations Development Programme (UNDP) on Thursday launched a campaign for public opinion, in a bid to bridge the gap between people and governments on ambitious climate action.

"Mission 1.5" aims to give 20 million people around the world the opportunity to have their say on ways to limit climate change that they want to see adopted by government leaders, said the UNDP in a press release.

The campaign hopes to address the disconnect between citizens and governments that has seen "a groundswell of public opinion" by citizens around the world, including school strikes and mass protests, it said.

The campaign is built around an Internet and mobile-based video game, in which players take on the role of climate policymakers and make decisions to try to keep global warming below 1.5 degrees Celsius from pre-industrial levels. After the game, players are asked to vote on key climate actions they want to see adopted.

The data will be analyzed and delivered to governments, who the UNDP believes often lack access to reliable information on public opinion on climate action.

"Together with partners from across the private and public sectors, we have the ability with this campaign to connect millions of people with their governments in an innovative two-way discussion on solutions to the climate crisis, and increase ambition ahead of the COP26 climate talks in Glasgow later this year," said UNDP Administrator Achim Steiner, referring to the 2020 UN Climate Change Conference.