Certain progress made in Libya talks in Moscow: Lavrov 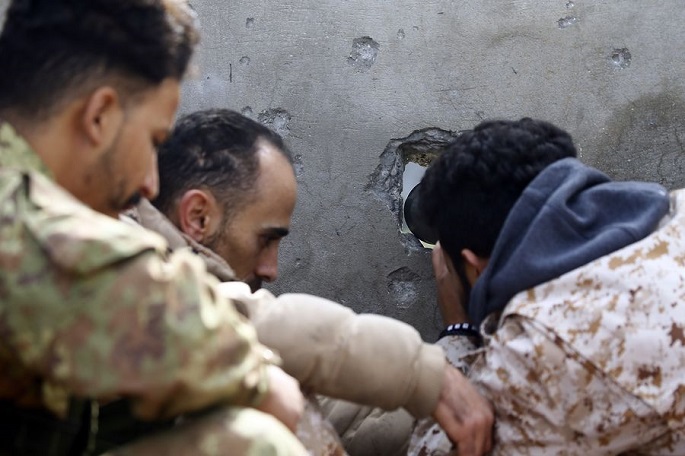 Certain progress has been made in the talks on Libyan settlement in Moscow, Russian Foreign Minister Sergei Lavrov said Monday.

"Intensive consultations have been ongoing since this morning with the participation of the Libyan parties and with the support of the foreign and defense ministers of the Republic of Turkey and the Russian Federation," Lavrov said, according to a transcript released by the Russian Foreign Ministry.

A document was examined that would make it possible to specify issues related to the ceasefire regime, he said.

"The ceasefire, as you know, was announced at 00:00 on Sunday, January 12, in response to the appeal from Russian President Vladimir Putin and Turkish President Recep Tayyip Erdogan, which is contained in their joint statement adopted on January 8 in Istanbul," he added.

According to the minister, the draft final document of Monday's meeting was examined in detail.

"It was the subject of quite serious negotiations," said Lavrov, adding that certain progress has been made in the talks.

Earlier in the day, Khalifa Haftar, commander of the Libyan National Army, and the head of the Libyan Government of National Accord, Fayez al-Seraj, held talks on the Libyan crisis mediated by Russia and Turkey, which ended without signing of a much-anticipated ceasefire deal.