16 killed in gunmen attack on demonstrators in Baghdad 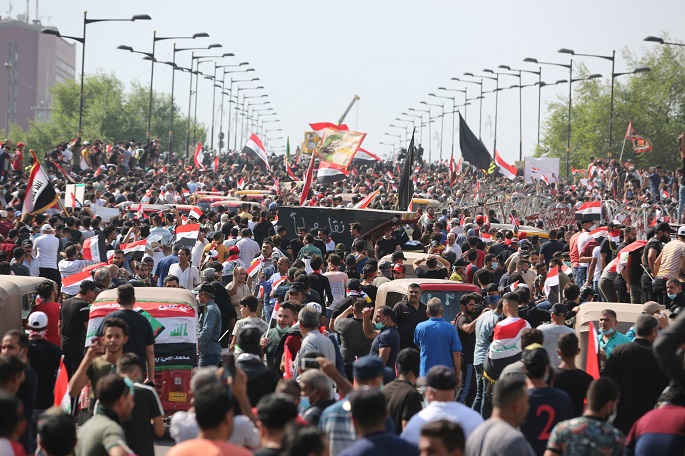 Up to 16 protesters were killed and some 47 others wounded on Friday in an attack by unknown gunmen on demonstrators in Iraq's capital Baghdad, a security official said.

The attack took place in the evening when unidentified gunmen in four-wheel drive and pick-up vehicles broke into al-Khalani Square in central Baghdad and opened fire with their assault rifles on dozens of demonstrators in the square, the official told Xinhua on condition of anonymity.

"Our latest reports said that 16 protesters killed and some 47 others wounded by the attack, some of them are in critical conditions," the official said.

Earlier, the source put the toll at 10 killed and 35 others wounded by the gunfire.

The gunmen also set fire to several buildings in the scene and continued their shooting bullets in the area, while the security forces did not intervene, the official added.

The attack pushed many of the protesters to flee for their lives to nearby al-Tahrir Square, the epicenter of the protest movement, as well as taking cover in many buildings and mosques at the scene, the official said.

Hundreds of anti-government protesters are occupying part of al-Jumhouriyah and al-Rashid Streets on the east side of Tigris River, as well as seizing the nearby bridges of al-Jumhouriyah, al-Sinak and al-Ahrar, which all leading to the heavily fortified Green Zone on the other side of the Tigris River.

The attack came as mass demonstrations continued in the capital Baghdad and other cities in central and southern Iraq since early October, demanding comprehensive reform, fight against corruption, better public services and more job opportunities.