Main bridge in Baghdad re-opened as calm returns after protests 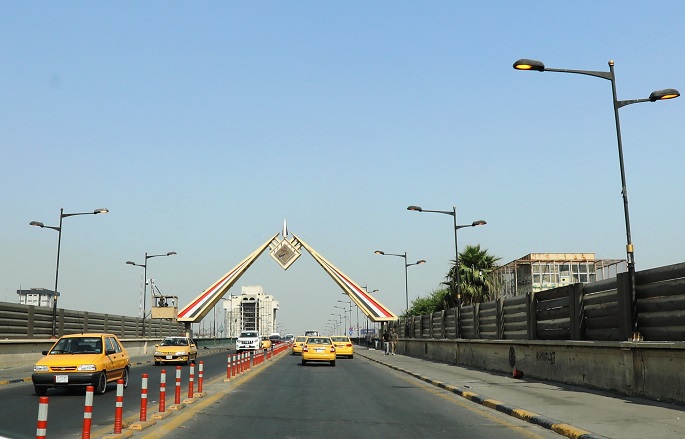 Iraqi authorities on Wednesday reopened a bridge leading to the main government headquarters in downtown Baghdad after nearly a week of closure, said a statement of Baghdad's Operations Command.

The closure was due to angry protests that swept Iraq's central and southern provinces over unemployment, corruption and lack of public services.

The statement said that it has fully reopened the al-Jumhouriyah Bridge for traffic, as a sign of easing the tension in the Iraqi capital.

Life seems returned to normal in Baghdad, as people and traffic flowed smoothly, including in al-Jumhouriyah Bridge, which links al-Tahrir square, where protests sparked last week, to the once heavily-fortified Green Zone that houses main government offices and some foreign embassies.

The calmness in the capital came after measures taken by the government. Late on Tuesday, Prime Minister Adel Abdul Mahdi announced a second package of 13 measures to be implemented by the government, including forming a committee to distribute residential lands and finding more job opportunities for the young men.

On Oct. 6, Abdul Mahdi announced the first package of urgent reforms, including building thousands of subsidized housing units for the poor people and providing training programs and loan initiatives for the youth.

Iraq has been the scene of violent protests over living conditions that claimed the lives of more than 100 Iraqis, threatening the crisis-ridden state to be dragged back into violence and disintegration.