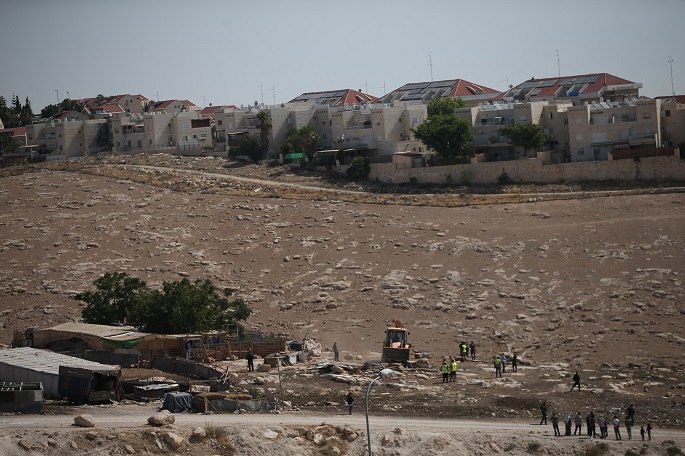 Israeli bulldozer demolishs Palestinian houses in Abu nwar Bedouin Community, on the outskirts of Jerusalem, between the West Bank city of Ramallah, and east Jerusalem, on July 4, 2018. File Photo Xinhua.

Palestinian Prime Minister Mohammad Ishtaye said Tuesday that the "extreme and unilateral measures" of the United States have undermined the peace process with Israel.

Ishtaye told 37 American congressmen at his office in Ramallah that "the U.S. administration's measures have annulled all the final-status issues."

Political ties between the Palestinian Authority (PA) and the U.S. had been severed after President Donald Trump declared Jerusalem the capital of the state of Israel in December 2017 and then moved the embassy from Tel Aviv to Jerusalem in May last year.

The U.S. has also stopped funding the United Nations agency for Palestinian refugees, known as UNRWA and closed the offices of Palestine Liberation Organization (PLO) in Washington.

Ishtaye stressed that the U.S. measures "have annulled all the final-status issues that were agreed upon to be discussed with Israel at the end of the interim period such as the questions of Jerusalem, the refugees and encouraging Israeli settlement."

"The Palestinians are eager for peace that is based on right and justice," Ishtaye told the congressmen, adding "President Mahmoud Abbas exerted tremendous efforts with President Trump to reach to a form of just and comprehensive peace."

"The best solution for us is the two-state solution on the borders of 1967 with East Jerusalem as the capital of the state of Palestine and a fair solution to the Palestinian refugees," said Ishtaye in an official statement.