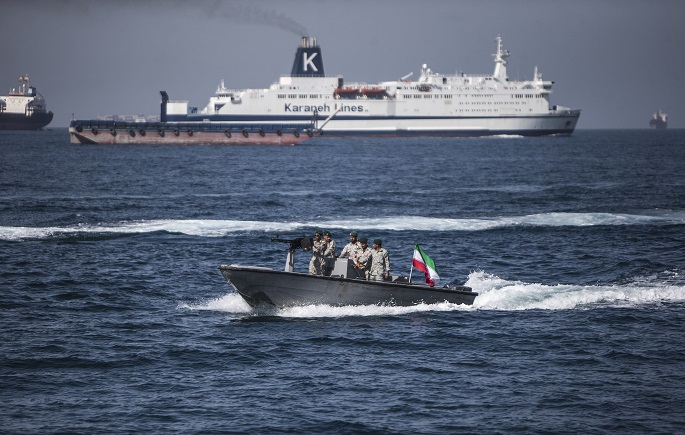 "Unlike the piracy in the Strait of Gibraltar, our action in the Gulf is to uphold international maritime rules," Zarif tweeted.

Earlier this month, British Royal Marines seized an Iranian ship in the Strait of Gibraltar, which Britain claimed was heading to Syria "in breach of EU sanctions."

Iran had threatened to retaliate if London did not release the Iranian oil tanker.

On Friday, Iran's Islamic Revolution Guards Corps (IRGC) seized the British oil tanker "Stena Impero" in the Strait of Hormuz for what it called "failing to respect the international maritime rules while passing through the strait."

"It is Iran that guarantees the security of the Gulf and the Strait of Hormuz," Zarif stressed in his tweet.

Also, Tasnim news agency quoted an Iranian informed source as saying on Saturday that a number of legal reasons were behind the seizure of the British oil tanker by Iran.

Britain's "Stena Impero" oil tanker was captured by the Iranian naval forces for some cases of violation of the maritime law when it was passing through the high-traffic Strait of Hormuz on Friday evening, the source was quoted as saying.

The British vessel had switched off its GPS locator, in contravention of international regulations, and was sailing into the Strait of Hormuz in a wrong traffic pattern, it said.

The tanker was reportedly entering the strait from the southern route which is an exit path, increasing the risk of an accident.

Moreover, it did not heed any of the warnings from the Iranian Ports and Maritime Organization, it said, adding the vessel was also polluting the Gulf water heavily by dumping crude oil residue.

On Saturday, Allah-Morad Afifipoor, head of Iran's Ports and Maritime Organization in southern Hormozgan Province, also said that the British oil tanker had an accident with an Iranian fishing boat and ignored its distress call.

The British "Stena Impero" tanker had "collided with a fishing boat on its route and, according to law, after an accident, it is necessary that the causes should be investigated," Afifipoor was quoted as saying by Press TV.

Following the collision on Friday, the Iranian fishing boat "contacted the British vessel but didn't receive any response," so they informed the Hormozgan maritime organization, he said.

The tanker was taken to Iran's Bandar Abbas port, where it and its crew will remain while a probe is carried out into the British vessel's conduct, he added.

The tanker was not carrying any cargo, he said, adding that "the investigation into the cause of the accident has started."

"All of its 23 crew members will remain on the ship until the probe is over," he said.

"If necessary, and at the request of judicial authorities, the crew may be summoned for technical and specialist interviews," Afifpoor added.

Following the Friday incident in the Strait of Hormuz, British Foreign Secretary Jeremy Hunt warned that serious consequences would ensue if Iran's seizure of a British-operated oil tanker is not resolved quickly.

"We're not looking at military options, we're looking at a diplomatic way to resolve the situation, but we are very clear that it must be resolved," Hunt said.