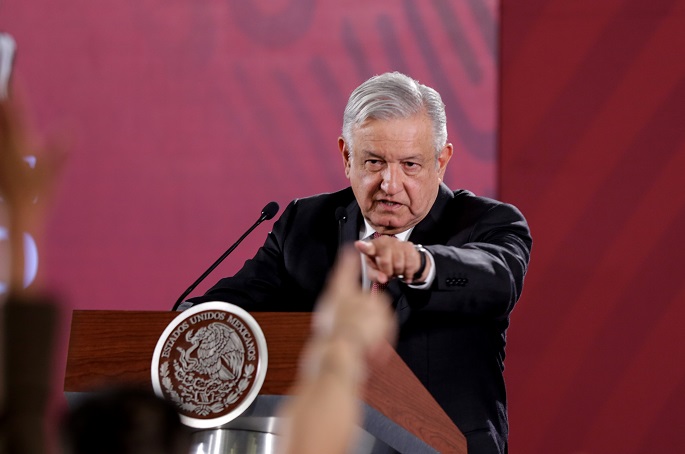 The move is included in the agreements reached in recent talks with the United States in a bid to head off punitive tariffs on Mexican imports, added Lopez Obrador.

During his daily press conference, the president said his administration will also seek to address the causes of the mass immigration, including poverty and violence.

"Coercive measures" alone will not prevent undocumented migrants from fleeing poverty, he added.

Mexico and the United States have set a time frame of 45 days to gauge the impact of their plan to discourage mass immigration.

Mexican Foreign Minister Marcelo Ebrard said the special team, which he will head, will seek to reinforce security measures along Mexico's southern border and speed up asylum application proceedings at the U.S. border by assisting the U.S. side.

"We intend to apply Mexican law, which says that whoever enters our territory has to register," Ebrard said, adding that they also planned to increase investment in Central America.

Mexico hopes "to prove that it is possible to regulate the flow (of migrants) with a set of measures," he said.

According to Ebrard, the complexity of the immigration issue lies in the divergent attitudes of Lopez Obrador and his U.S. counterpart Donald Trump.

"The consensus in the United States is that they do not want migrants," he added.

The Mexican government will also seek to bring "development and welfare" to the southern region of the country, a measure for which it expects mainly the cooperation of the governments of El Salvador, Guatemala and Honduras.

Lopez Obrador said that, as part of the strategy, his government will seek to expand the "Sembrando Vida" program, meaning "sowing life," which aims to plant timber and fruit trees on 1 million hectares of land in rural Mexico and will offer jobs to migrants.

The president said that they could add another 200,000 hectares in the state of Chiapas, on the Mexican border with Guatemala, which would result in the creation of another 80,000 jobs.

"Sembrando Vida" also offers jobs in the southern states of Tabasco and Campeche, the president added.

"With production, work and well-being, we can keep migrants in their hometowns, with their families, where they were born, where their traditions are -- that is the approach," he said.

The flow of Central American migrants fleeing poverty and crime has increased since the end of 2018, with caravans of thousands crossing Mexico, mainly on foot, to head to the U.S. border.