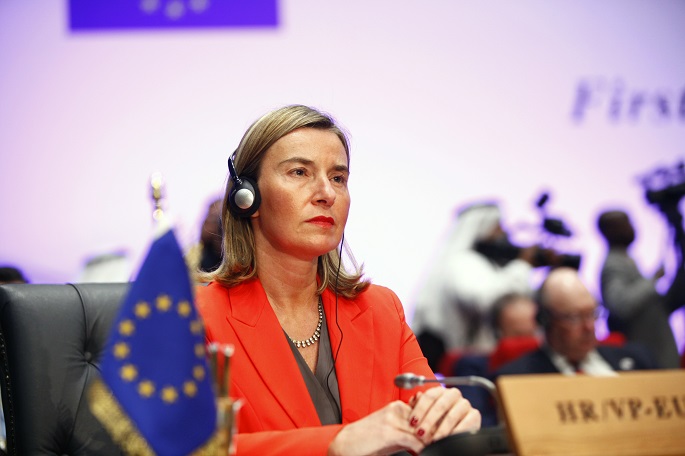 Top diplomats of the European Union and Cuba met in Brussels on Friday in a meeting that labeled recent U.S. action "contrary to international law."

Federica Mogherini, High Representative for Foreign Affairs and Security Policy and Vice-President of the European Commission, met with Cuba's Foreign Minister, Bruno Rodriguez, to discuss bilateral relations and latest developments in the region.

A statement from the EU said "the decision of the United States to end the suspension of Title III of the Helms-Burton Act was also on the agenda. Regretting the U.S. decision, both the EU and Cuba believe the extraterritorial application of the Act is contrary to international law. Federica Mogherini and Bruno Rodriguez exchanged also views on next steps."

Title III of the act authorizes U.S. nationals with claims to confiscated property in Cuba to file suit in U.S. courts against persons who may be "trafficking" in such property. But since its enactment in 1996, successive U.S. presidents have exercised the authority to suspend Title III provisions. Donald Trump lifted the suspension in May.

Previously, the EU has said Trump's decision is a "breach of the commitments undertaken in the EU-U.S. agreements of 1997 and 1998, which had been respected by both sides without interruption since then, and the U.S. move will cause unnecessary friction and undermines trust and predictability in the transatlantic partnership."

Friday's EU statement added that the European Union-Cuba relations have been reinforced under the Political Dialogue and Cooperation Agreement and the two diplomats expressed satisfaction on the progress. They also discussed preparations for the next meeting of the EU-Cuba Joint Council scheduled for September.

"Finally, they also spoke about the latest developments in the region, in particular in Venezuela, where there is an urgent need to promote a peaceful and democratic solution to the crisis," the statement said.