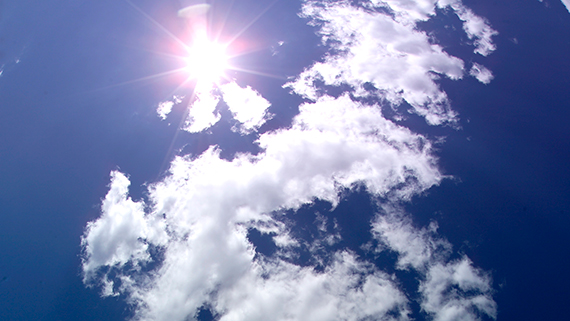 The ozone hole over the Arctic was the largest and the deepest in the whole observation history in March and April 2020, according to the Finnish Meteorological Institute (FMI).

The ozone hole over Antarctica appears every spring, but an event of such magnitude in the Arctic was observed only once in 2011. This year, it is observed for the second time in the whole observation history, and the ozone depletion was even stronger than that in 2011.

“Satellite observations report the minimal values at around 200 DU, while usually they are over 400 DU,” said FMI Senior Research Scientist Viktoria Sofieva.

“Ozone soundings at Sodankylä and ozone profile measurements by MLS/Aura satellite instrument confirm that ozone in the polar vortex has been depleted by approximately 90% at the altitudes of 18 to 20 kilometres,” said FMI Senior Research Scientists Rigel Kivi and Monika Szelag.

In winter 2020, the polar vortex – a high-altitude cyclone of very cold air and swirling winds – was strong and stable. The colder the stratosphere is over the winter the more of the reactive, ozone-destroying chemicals that build up. Extreme cold allows polar stratospheric clouds to form, and trigger ozone-depleting reactions.