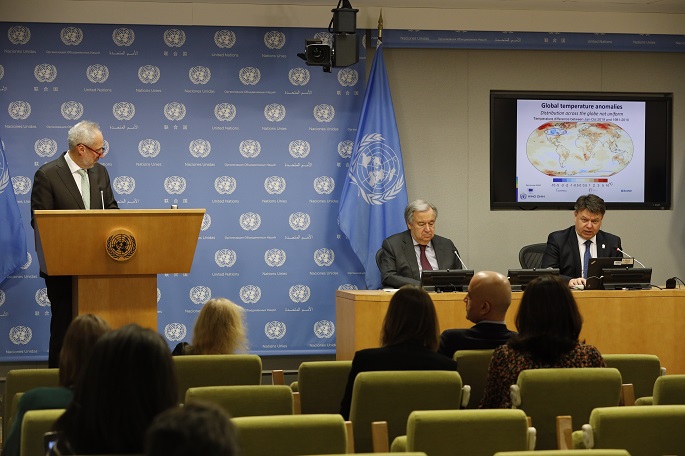 The year of 2019 was the second warmest year in the instrumental record, and if greenhouse gas levels continue to increase, a new annual global temperature record is likely in the next five years, according to a UN report released Tuesday.

The year of 2019 ended with a global average temperature of 1.1 degrees Celsius above estimated pre-industrial levels, second only to the record set in 2016, according to the World Meteorological Organization (WMO) Statement on the State of the Global Climate in 2019.

The report also asserted that 2015-2019 were the five warmest years on record, and 2010-2019 the warmest decade on record. Since the 1980s, each successive decade has been warmer than any preceding decade since 1850.

"Given that greenhouse gas levels continue to increase, the warming will continue. A recent decadal forecast indicates that a new annual global temperature record is likely in the next five years. It is a matter of time," said WMO Secretary-General Petteri Taalas.

In 2019, record high temperatures in Australia, India, Japan, and Europe negatively affected health and well-being. In Japan, a major heat wave event resulted in over 100 deaths and an additional 18,000 hospitalizations; in France two major summer heatwaves resulted a total of 1,462 excess deaths, according to the report.