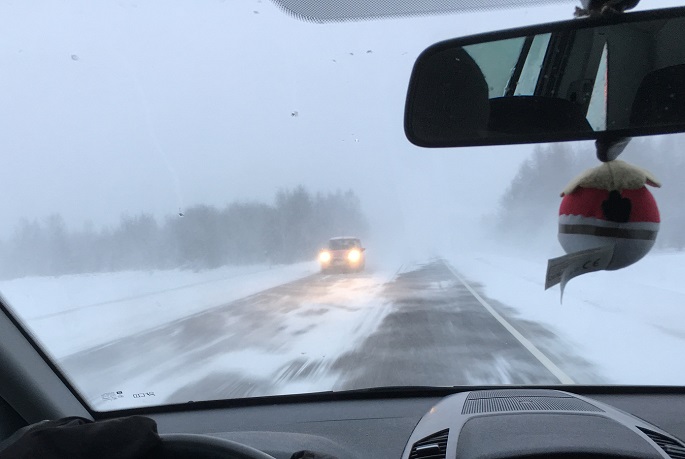 November, as the autumn in general was extremely rainy, especially in the central and western parts of the country.

Temperatures were close to average, although in Lapland it was colder than usual, according to the Finnish Meteorological Institute.

In the area extending from Satakunta to Koillismaa, the precipitation was 1.5 to 2 times more than in an average November. In parts, even location-specific precipitation records for November were measured.

The month’s highest overall amount of precipitation, 134.4 mm, was measured in Niinisalo, Kankaanpää. At the same time, this was the highest November precipitation in the 80-year history of the observation station.

In contrast, below-average precipitations were measured mainly in Northern Lapland and South Karelia. The month’s lowest overall amount of precipitation, 11.1mm, was measured in Kirakkajärvi, Inari.

In Lapland, November was mainly 1-2 degrees colder than usual, while in the southern part of the country it was approximately one degree milder than usual.

November offered unusually small amounts of sunshine. For the whole month, the total was approximately 20 hours of sunshine in most parts of the country.

At the end of the month, there was snow in nearly the whole country. In Lapland, Koillismaa and Kainuu, there was 30-50 cm of snow, which is about 20 cm more than usual.

In Lapland, the autumn (September to November) was approximately one degree colder than average. While, in other parts of the country, the mean temperatures were quite close to average. The last time Lapland had this cold an autumn was in 2002.

The autumn was unusually rainy in most parts of the country. Particularly, in the central part of the country, precipitation levels were about 1.5 times higher than average.