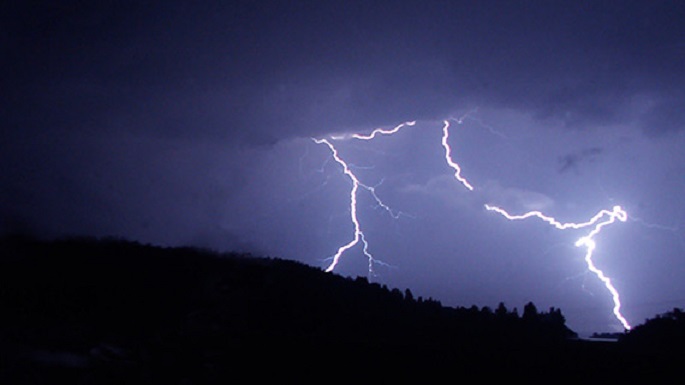 The number of lightning strikes in June was more than 50,000, which is significantly higher than the average for the month (about 34,000), according to the Finnish Meteorological Institute (FMI).

Lightning activity was heaviest in 7 to 9 June and on 21 June. There was lightning in nearly all parts of the country except for the regions of southwest Finland and Kymenlaakso.

Skies were sunnier than average in most of the country. Hours of sunshine ranged from 300 to 380, but in Lapland the sun shone for about 250 hours.

In Lapland the number of hours of sunlight was near the long-term averages, but in most of the country the averages were exceeded by about 30-80 hours.

Meanwhile, June was warmer than average in nearly all parts of the country.

The average temperature varied from about 10 degrees Celsius in the north of Finnish Lapland to about 18 degrees in the south and south-east of the country.

In southern and eastern Finland June was unusually warm, with temperatures reaching levels that occur only once in ten years or less frequently. The last time that June was warmer was in 2013.

Hot days ­-- days when the high temperature exceeds 25 degrees -- numbered 11 in the whole country in June. This is three days more than the long-term average. The highest numbers of hot days were recorded in Lappeenranta, Parikkala, Kouvola, Heinola, and Lahti, where the temperature topped 25 degrees on 10 days. The highest temperature in June, 32.3 degrees, was measured on 7 June in Kruunupyy at the Kokkola-Pietarsaari Airport and in Oulu at the Pellonpää observation station in Oulunsalo.

The lowest temperature in June, minus 4.5 degrees Celsius, was measured on 11 June at the Saana Fell in Kilpisjärvi. Night frosts occurred in Finnish Lapland even at the end of the month. The temperature dipped below freezing locally on the nights before 24 June and 27-30 June.

The night before 30 June was especially cold, with a temperature of -2.1 degrees recorded at Saana Fell in Kilpisjärvi and at the Saariselkä Tourist Centre observation station. Nights this cold are rare in late June.

There were sharp local differences in precipitation in the month of June, varying between about 10 and 100 millimetres. The lowest levels were in the south and south-east of the country and along the west coast, where the amounts of rain were about one fourth of the normal levels. Precipitation for the entire month was exceptionally low in the driest areas, at levels that occur once in 30 years or less.