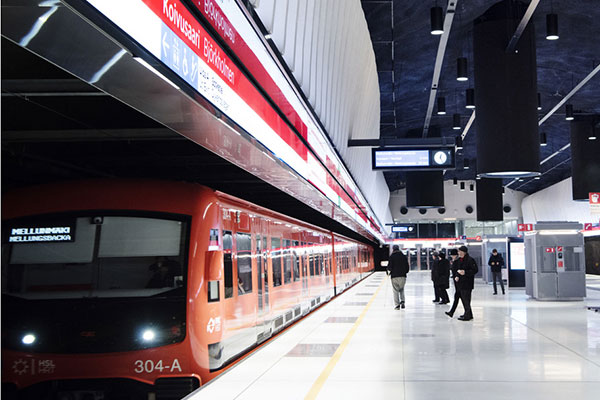 Floor renovation work at the Koivusaari Metro Station has been completed and the station reopens for passengers on Thursday, said the City of Helsinki in a press release.

The station will open at the start of the service on Thursday morning. The first service from Koivusaari towards Vuosaari will depart at 5:21 AM. Similar to other schedules in August, the timetables for all Metro services from Koivusaari are already available in the Journey Planner.

Cracks were detected in the platform surface material at the Koivusaari Metro Station and the flooring material was replaced during the floor renovation work. Renovation of the floor proceeded according to plan. In June, the old floor was demolished, while ensuring the smooth flow of Metro services during the dusty demolition work.

After Midsummer, the installation of new floor material began in the platform area.

During the renovation work, post-Illuminated signal strips serving the visually impaired that are already in use on the West Metro were installed at the station. The work was completed at the end of July and was carried out by Länsimetro Oy.