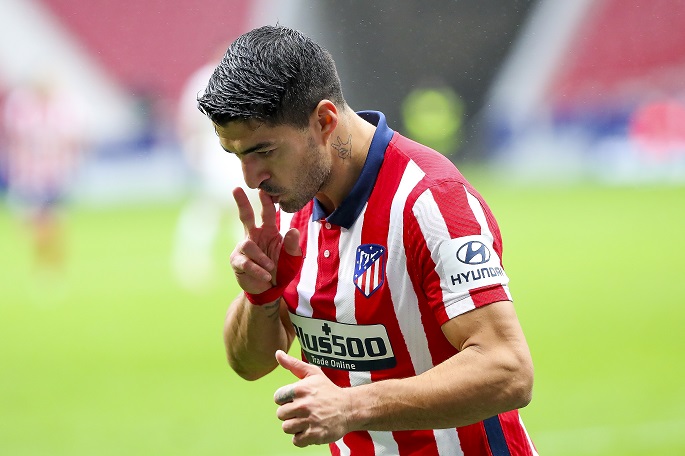 Atletico Madrid suffered a major blow to their title hopes with the confirmation that top scorer, Luis Suarez, has suffered a muscle injury in his left leg.

The club published a communique on Wednesday explaining that "after feeling a few problems in today's training session, he underwent tests by the medical staff, who have confirmed the injury."

Although the club said the time Suarez is out "depending on his progress," he looks likely to be out of action for at least three weeks. That would mean he misses Sunday's La Liga visit to play Betis (although he is suspended anyway for this game), home matches against Eibar and Huesca and another difficult visit to play Athletic Club Bilbao on April 25.

Suarez has been vital for Atletico since he joined from FC Barcelona over the summer, scoring 19 goals in La Liga, which have been crucial to taking Atletico to the top of the table.

Atletico's lead has steadily been eroded over the past two months with Sunday's defeat in Seville leaving Diego Simeone's men just one point ahead of FC Barcelona and three in front of Real Madrid ahead of Saturday's the Clasico between their two big rivals.